Actor Suniel Shetty who recently made his comeback to the silver screen with the Kannada film Pailwaan will soon be seen in the Rajinikanth starrer Darbar. The actor will be playing the antagonist and is pitched opposite Rajinikanth's cop character. 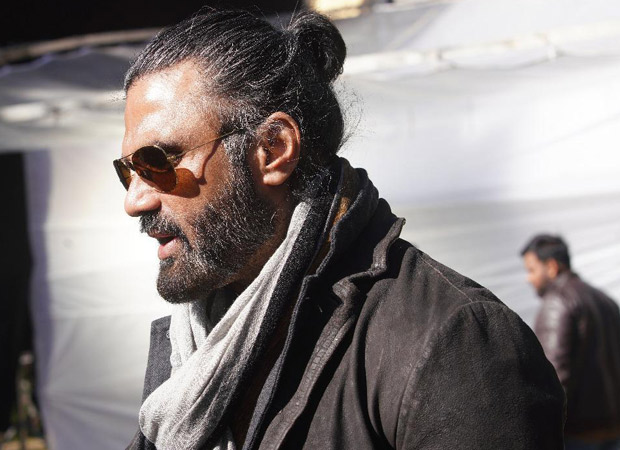 While not much has been revealed about Suniel Shetty's character in the film, it was speculated  that his first look from the film will be unveiled on December 12 on the occasion of Rajinikanth's birthday. However, Suniel Shetty's look from the film has now leaked on social media. In the pictures, the actor can be seen sporting a salt and pepper look with his hair tied in a bun and neatly trimmed beard. The actor is also seen sporting an aviator and a scarf around his neck.

Recently, at the audio launch event, Suniel was all praises for his co-star Rajinikanth as he said, “Rajinikanth is like a God to me. Every one of us has some amount of Rajini in us. That's the kind of influence he has on us. It is an absolute pleasure and brilliant experience for me to be a part of Darbar and work with Superstar Rajinikanth!”

Darbar will see Rajinikanth play a police officer after nearly 25 years. He last played a cop in the 1992 Tamil film Pandian. Apart from Rajinikanth and Suniel Shetty, the fm also stars Yogi Babu, Nawab Shah and Prateik Babbar among others. The filming of Darbar began in mid-April 2019 and is scheduled to release on Pongal 2020.