The producers of the Tamil film Viruman have confirmed that the cast and crew have completed shooting for the film. It features Karthi as the male protagonist and marks the debut of Aditi Shankar, the daughter of veteran director Shankar, as the female lead. Director Muthaiya began shooting for the film in September in Tamil Nadu’s Theni and Chennai districts. 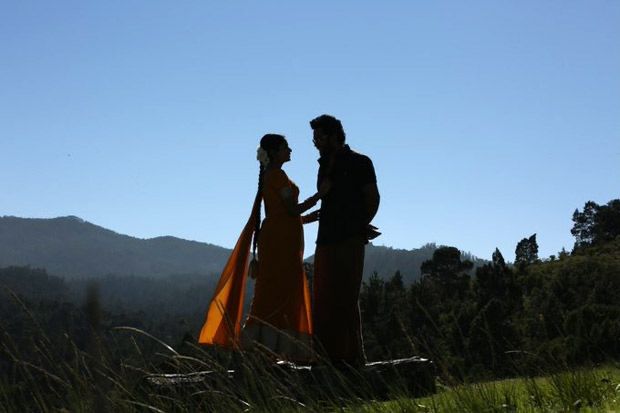 Sharing two pictures from the sets of the film, Karthi tweeted about the completion of the shooting.

Great planning & execution by @dir_muthaiya & @selvakumarskdop.
Good luck @AditiShankarofl for a great career, enjoy the journey, you are a natural. So happy to have @thisisysr again!

Aditi will be playing the character of Thenmozhi, a bold and caring Madurai girl in the film. The rural drama is set in Theni and talks about the significance of family and relationships. The movie is jointly produced by Suriya and Jyotika under their home banner 2D Entertainment. The music of the film is composed by Yuvan Shankar Raja.

Producer Suriya has extended his best wishes for the film.

In the film, Prakash Raj will be seen playing Karthi’s father and veteran actor Raj Kiran his maternal uncle. Saranya Ponvannan Soori and RK Suresh will also be seen in supporting roles.

The film is the second collaboration of director Muthaiya with actor Karthi. They last teamed up for Komban wherein Karthi was paired with Lakshmi Menon. The makers of Viruman are expecting that the upcoming film will also be a hit film as it will feature a rural story with the same director-actor team.