Not too long ago, we reported that Kamal Haasan took off to the UAE to promote his release Vikram. While the film went on to garner immense positive response from the audience, the Tamil superstar also received yet another honor. He has been offered the renowned golden visa by the UAE government and the Ulaganayakan is humbled to accept the same. 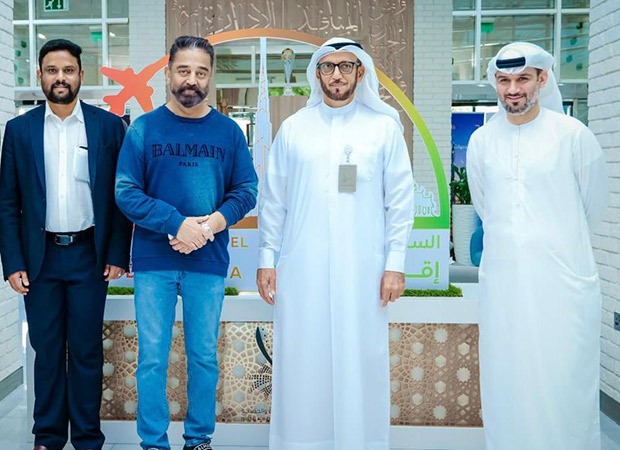 Confirming the same, a source close to the actor said, “Ulaganayakan Kamal Hassan received the prestigious golden visa for 10 years by His Excellency Lieutenant General Mohammed Ahmed Al Marri - Director General, GDRFA Dubai.” The actor, who was in the UAE, also met his Highness Sheikh Mohammed Bin Rashid Al Maktoum, Vice President and Prime Minister of the UAE and Ruler of Dubai along with his Highness Sheikh Nahyan Bin Mubarak Al Nahyan, the cabinet member of the Minister of Tolerance and co-existence of the United Arab Emirates at the palace. Needless to say, the actor was thrilled and humbled at the honour.

Speaking about the UAE golden visa, it is basically the concept of offering foreigners a long term residency in UAE in a bid to attract more foreign investments. It is generally given to a distinguished group of achievers which includes personalities from different walks of life including business and science. The UAE government has asserted that the introduction of this visa was to help make these foreign residents more secure about their future in the country.