Kajal Aggarwal recently gave fans and social media users a glimpse of her newborn son Neil and paps couldn’t stop adoring the little infant. The actress is currently enjoying her quality time with her baby and businessman husband Gautam Kitchlu but she will be returning to the big screen soon. Fans of the actress don’t have to wait for long as the makers of her next have already shared a glimpse of her upcoming film Ghosty, which is expected to be a horror comedy, featuring her in dual roles. 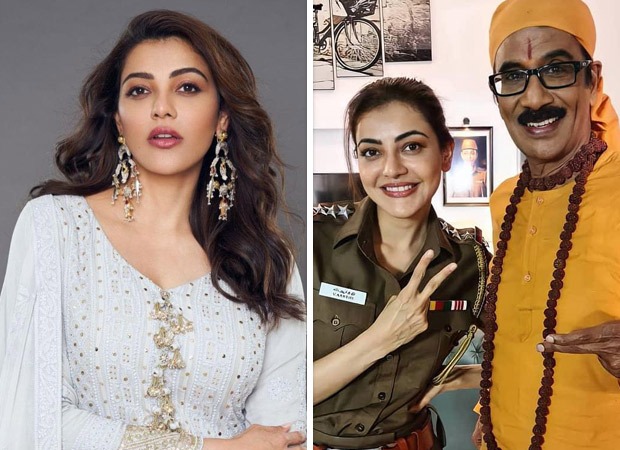 Also starring Yogi Babu, veteran actress Urvashi, Suresh Menon, KS Ravikumar, Motta Rajendran, Jagan, among others, Ghosty is a horror comedy which revolves around Kajal Aggarwal who is a police inspector. The said teaser is shown in the form of Yogi Babu narrating a story to a child, where he is talking about how there were two women – a police and an actress and how the police is haunted by a ghost. In the teaser you can also see that whoever tries to talk to the police officer Kajal Aggarwal, their voices turn childlike and despite her several attempts she is unable to get rid of this curse.

Reports have it that Ghosty was one of the first films that were signed by Kajal Aggarwal after she tied the knot with Gautam Kitchlu. Directed by Kalyaan, the official release date of the film is yet to be announced.

On the other hand, Kajal Aggarwal also has the coveted Indian 2 featuring Kamal Haasan. While the film suffered several delays due to mishaps on the sets as well as pandemic, it has finally returned on track and the actress also has started work on it. Besides the two actors, the film also stars Rakul Preet Singh in a pivotal role and is directed by S Shankar.