With projects like KGF and Salaar already in its kitty, Hombale Films have now announced yet another interesting project. And this one features Vikram star Fahadh Faasil along with South actress Aparna Balamurali. The Malayalam actor, who also stars in another South language films, will be seen playing the lead in this one. Rumours of Fahadh featuring in a film directed by Pawan Kumar have been doing the rounds for the few months. Confirming the same, Hombale Films have taken to their social media to announce this project titled Dhoomam that will be directed by Pawan Kumar. 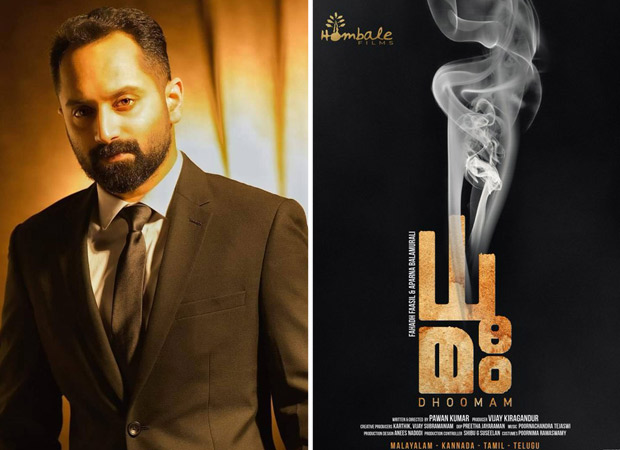 Reports had it that Pawan Kumar had roped in Fahadh Faasil after the untimely demise of Kannada superstar Puneeth Rajkumar. Although Hombale Films haven’t announced many details about Dhoomam, they revealed that the film will go on floors in October 2022. The production house has also tagged popular Malayalam actor Roshan Matthew in the post indicating his presence in the film. The team of the film added the tag line, “What you sow, so shall you reap” which has sparked speculations that it can be a revenge drama.  Along with the cast and team of the film, Hombale Films also released a social media page of the film as well as a title announcement poster on their Twitter page:

Speaking of the team of the film featuring Fahadh Faasil, Aparna Balamurali, and Roshan Matthew, Dhoomam will have Preetha Jayaraman as the cinematographer whereas Poornachandra Tejaswi will be composing the music for the film and Anees Nadodi will be the art director.