Last Updated 30.01.2023 | 1:03 PM IST
feedback language
follow us on
Bollywood Hungama » News » South Cinema » EXCLUSIVE: Devi Sri Prasad on the success of Pushpa’s music: “I always make sure that each and every song of mine fits beautifully into the script”

Music composer Devi Sri Prasad or DSP as he is popularly known as is basking in the success of the tracks from the film Pushpa- The Rise. From ‘Srivalli’ to ‘Oo Antava’, songs from the film went viral and has also had an international appeal with several players getting hooked on to the song and its hook steps. DSP recently performed live on stage for IIFA Rocks 2022 in Abu Dhabi. Ahead of the event, he spoke to Bollywood Hungama about the success of the music of the pan-India film Pushpa starring Allu Arjun and Rashmika Mandanna. 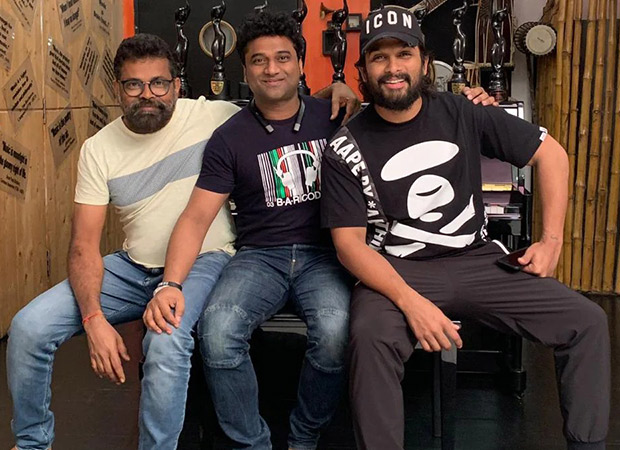 EXCLUSIVE: Devi Sri Prasad on the success of Pushpa’s music: “I always make sure that each and every song of mine fits beautifully into the script”

Thanking the audience and the team of Pushpa, DSP said, “I should be really thankful to all of you for making this such a huge blockbuster and what I loved about the whole thing about Pushpa is that the whole album of Pushpa was a blockbuster all over the country in all languages that we released and that happens when we truly believe in the project and the movie should have those beautiful situations to accommodate that music beautifully. I think everything fell in place and thanks to my director Sukumar sir and of course icon star Allu Arjun for making this movie Pushpa. Thanks to Mythri Movies. Once you have a beautiful platform to put your music onto and anyways you work for it… I always make sure that each and every song of mine fits beautifully into the script.”

“Bhushan Kumar was asking me how do you manage to get the songs to become a blockbuster in all the languages without losing charm. Even when one song is made in one language and shifted to another language, it loses its charm. When you have little or more command over all the languages, then you will be able to take care of the lyrics, so they don't lose the charm. Lyrics become the face of the song and I give a lot of importance to that. Thanks to all my lyric writers and singers across all languages,” he added.