The first track of Salman Khan starrer Radhe-Your Most Wanted Bhai was released a week ago. The track titled ‘Seeti Maar’ is a Hindi remake of the Telugu song of the same name. The original version composed by Devi Sri Prasad (DSP) was picturised on Allu Arjun and Pooja Hegde. The remake was also composed by DSP and featured Salman Khan and Disha Patani. In an exclusive conversation with Bollywood Hungama, DSP spoke about shooting the song and what people can expect in the unreleased portion of ‘Seeti Maar’. 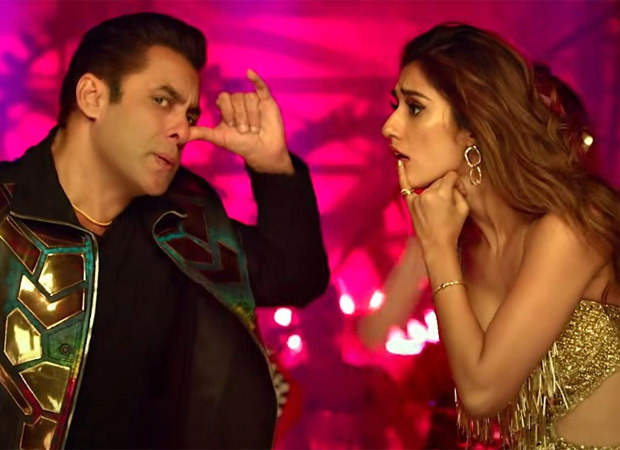 Sharing his experience of watching Salman Khan and Disha Patani bring the song to life, DSP said, “Prabhu master had actually invited me to the shoot of ‘Seeti Maar’, so I was there at the shoot with bhai and Prabhu master and all. So we were all having a great time that day and I was really thrilled to watch the shoot of the song and Prabhu master and Jaani Master were creating all these beautiful movements and Disha was dancing. Disha is a terrific dancer and the way they were shooting the movements and then the style of bhai. That day when bhai was shooting the hoodie step, when he did that I was there when he was shooting that and I was like ‘Okay, now this is the step for this year’. I knew it was going to catch on like fire when I saw that.’

DSP also revealed that the video song that has been released is not the complete version. Talking about the unreleased portion, DSP said, “Actually the song is about four minutes and a few seconds. The video that was released is only three minutes and there is still 1 -1.5 minutes of the song people have not seen. That will be a part of the movie. Terrific BGM and dance moves by Disha and Salman bhai. I think that they may be keeping it as icing on the cake. I saw the whole song when we were mixing the song. I am still waiting for you to see that portion of the song.”

ALSO READ: EXCLUSIVE: “From the day I got the hook Seeti Maar Seeti Maar, I knew it would work big time in Hindi”- Music Composer DSP