Nearly two months after announcing the title of Chiyaan Vikram's next film, the makers have now unveiled the first look. Vikram will be seen playing seven different characters in the film as is evident from the poster. He seems to be playing a wide range of characters including a professor, politician, and priest. It also looks like one of his characters who can be seen screaming into a mirror is the connection between all his other characters. 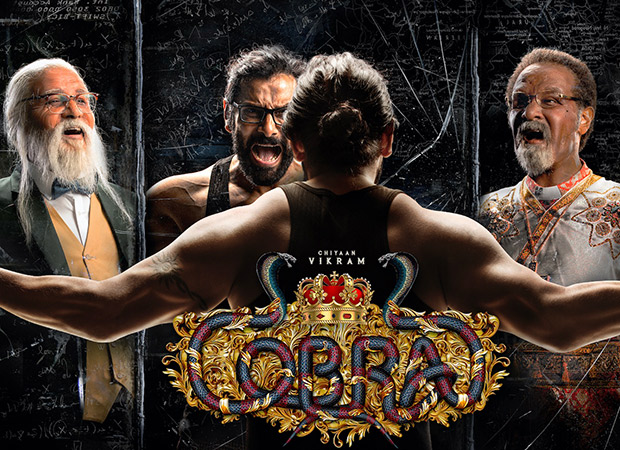 However, this is not the first time the actor has played multiple characters in a film. He had donned multiple roles in in the films Anniyan and Iru Mugan.

According to media reports, the film was initially titled Amar, but the director said that Cobra and Vikram's character have a connection. Talking to a daily, director Ajay said that he cannot reveal much about the title and its connection with Vikram. In the title poster, two Cobra's can be seen facing each other with a crown in between them. It appears as those the film will narrate the story of a battle for power if the poster is anything to go by.