Telugu actress Anushka Shetty recently completed 15 years in the film industry. On the occasion, the actress celebrated and attended the event -'15 Years of Anushka Shetty'. The event was graced by several well-known celebrities from the industry including  Baahubali director SS Rajamouli, Suresh Babu and Puri Jagannadh among others. 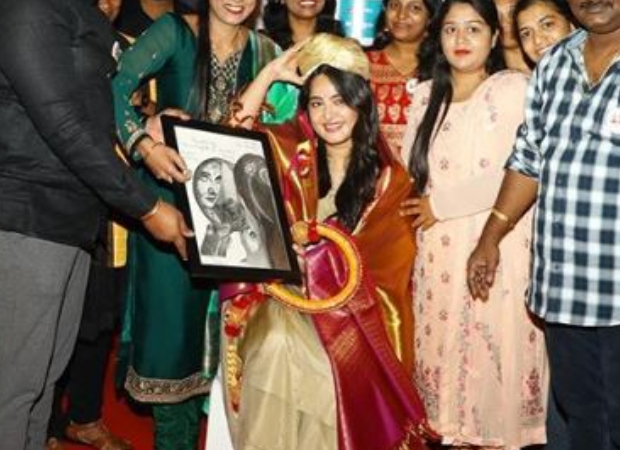 At the event, Anushka Shetty spoke about her journey and thanked fans for constantly supporting her. "I feel like my 15 years of hard work is nothing compared to the rest of the people in the industry. Every single film I’ve acted in till Nishabdham, all the experiences I’ve had have brought me here today," she said while addressing the crowd at the event.

The actress also took to her Instagram handle to thank everyone and shared a picture from the event. She penned an emotional note saying, "Celebrations with #TeamASF Thank you so so much for the love and support and the each one of u take out of your life’s to be part of mine  Thank you means a lot."

#15yearsofAnushkaShetty Celebrations with #TeamASF ❤️Thank you so so much for the love and support and the each one of u take out of your life’s to be part of mine ???? Thank you means a lot????

Anushka Shetty made her debut as an actress in 2005 with the film Super directed by Puri Jagannadh. She went on to impress everyone with her performance in films like Baladur, Arundhati, Baahubali, Bhaagamathie and several others. The actress will next be seen in the film Nishabdham opposite R Madhavan. The film directed by Hemant Madhukar is a suspense thriller and is slated to release on April 2.