Audio launch events of Thalapathy Vijay's films are usually a grand spectacle. However, owing to the coronavirus outbreak, the makers of Vijay's upcoming film Master decided to not have a huge gathering for the audio launch. The audio launch that took place on Sunday evening had the cast and crew in attendance and the entire event was live telecast for the fans to watch. 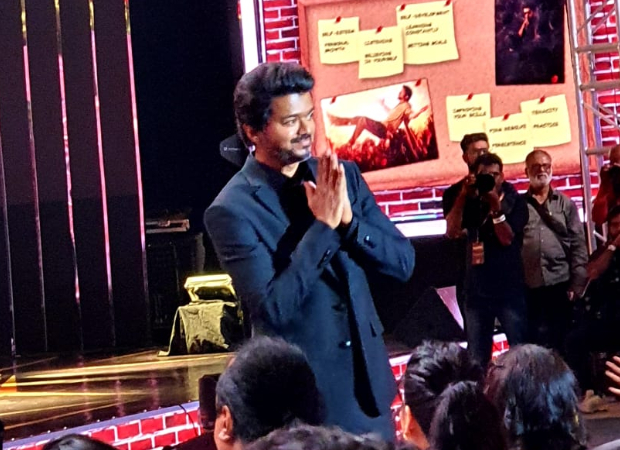 Fans of Vijay have been waiting for him to address them for the longest time, especially after the controversy around the income tax raid that happened recently. The audio launch also bears importance as that is the place where actor Vijay opens up about his criticism and the general political scene of the state.

His speech was not a disappointing one as he did address the raids that happened at his house. When the anchor at the event asked Vijay what he would ask from Vijay from 20 years ago Thalapathy said, "I would ask that life form him. It was very peaceful without raids."

He further spoke about his co-stars and director. Talking about actress Malavika Mohanan, he said "Malavika Mohanan has a pretty face. If she learns Tamil, she would become a leading actress in Tamil cinema."

Talking about director Lokesh Kanagaraj, he said, "Lokesh wouldn't have scene paper in his hands. No one would have it either. I was wondering how I am going to spend 3-4 months with him."

Also Read: IT officials confirm Thalapathy Vijay paid all his taxes; reveal his fees for Bigil and Master