Allu Arjun wowed the country with the film Pushpa and the sleeper pan India hit is now expected to have a sequel. While fans can’t wait to see the South star in his new ‘Pushpa’ avatar, it seems that a photo shared by him has kicked off some rumours about the sequel. Allu Arjun shared a photo of him looking all suave, unleashing his ‘bad boy’ charms in the latest photo on Instagram and it seems to have made fans go gaga over his new style. 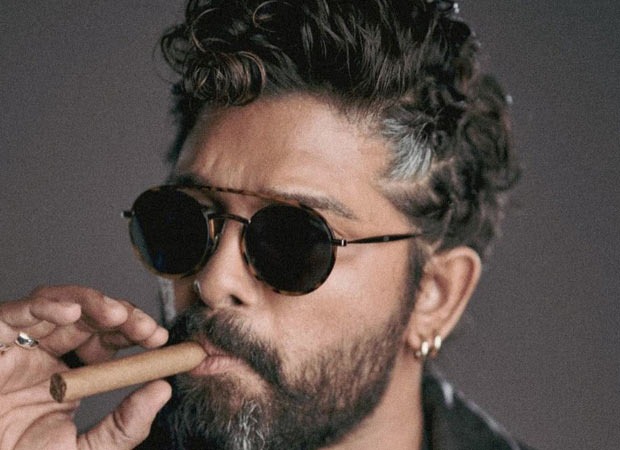 While we have seen Allu Arjun in some interesting roles, his latest photo features him in a slight salt-pepper look with the actor smoking cigar in style. The ear piercings and black leather jacket only adds to his charm and it seems to be leaving his female fans wanting for more. Many of them even dropped fire and heart emojis on his look. On the other hand, the actor revealed that this new photo was clicked by none other than popular Bollywood celebrity photographer Avinash Gowariker. He posted it on Instagram with the caption, “???? Caution ⛔️: Cigar smoking extremely injurious to health ???????? @avigowariker.”

However, the look seems to have left fans wondering if it is his new avatar for Pushpa 2. Many of them took to the social media platform and dropped in comments like “Pushpa 2????”, “Pushpa 2 look????” among others. There were also many others who approved of his look and couldn’t stop gushing about it. “Oora MASS LOOK ????????”, said one of them whereas another one commented, “Stylish Iconic Star⭐ ????”. “That cigar can just get lit like that, doesn't have to use a lighter #sassy????,” commented one of the actor’s female fans.

Speaking of Pushpa, the film starring Allu Arjun in the lead went on to do record-breaking business across the country. As for the sequel, the South star had revealed that they are working on the sequel and that he would like to release in multiple languages. But the details of the same are yet to be revealed.