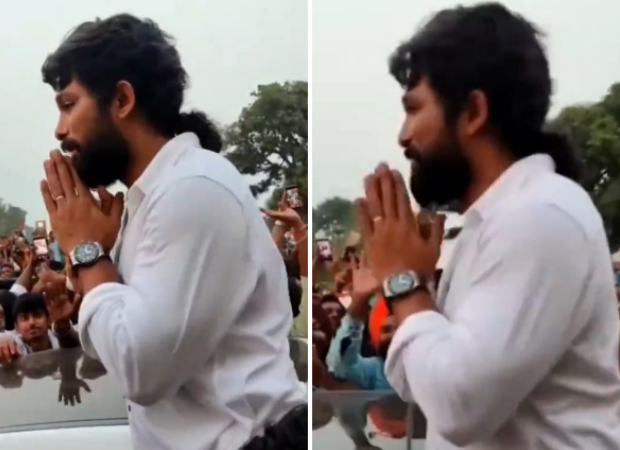 Allu Arjun mobbed by fans during visit to Attari border to interact with Jawans, watch videos

As Allu Arjun is travelling with his family these days to celebrate his wife Sneha Reddy’s birthday, they are exploring the famous destinations one after the other. As they recently visited the famous Golden temple to seek blessing now they have reached the Attari border.

On the work front, Allu Arjun fans are eagerly waiting for the update on his next. Moreover, the makers of Pushpa also ignited excitement among the fans for the second part, Pushpa: The Rule as they had started working on the film with a puja ceremony that they organized in the presence of the team members.