Soorarai Pottru (2020): Suriya’s most successful film to date has him playing a version of Gopinath the man who dreamt of making air travel affordable for the poor. This is a film that hits all the right notes, and doesn’t shy away from the tropes. As a wise man recently said, it’s not about the tropes, but what a filmmaker does with them. Sudha Kongara is very clear in her intentions. This is a Suriya film, and so it is designed with all the expected bombast and braggadocio associated with the star. Suriya, God bless his productive superstardom, has all the best lines and scenes .He is every bit the dreamer who has the power to make his dreams come true. 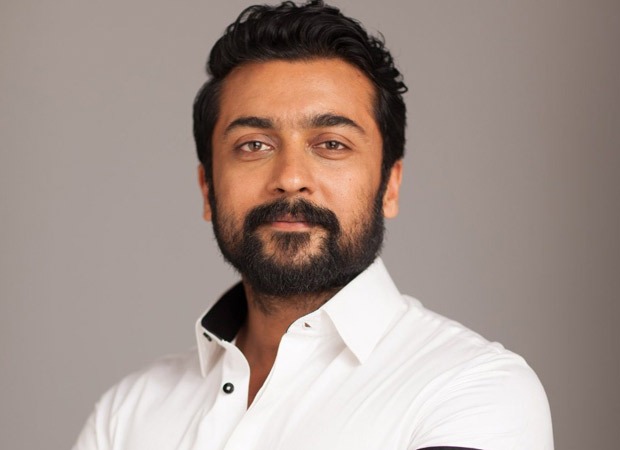 Rakht Charitra (2010): In this sequel to Ram Gopal Varma's film about gang wars during the time of politics and elections we get to see Suriya for the first time in a Hindi. He is an actor of searing intensity and devastating emotional velocity. Suriya takes the front seat in the sequel to create an ambience of implosive violence. Yes, we've not seen an actor so controlled in his intensity for a long time. Suriya's vendetta spree certainly lends an added sheen to the proceedings. Whether expressing his love for his wife (Priya Mani) and baby or hatred for his opponent Paritala Ravi (Vivek Oberoi) Suriya's eyes convey a smouldering universe of indignation injustice grief and anger. Cleverly Varma has given Suriya long stretches of silence in which the star-actor negotiates his angst-filled journey from betrayal to redemption. Suriya's lengthy introduction sequence, the even lengthier attempt to kill him in the court house and the long fight sequence in jail are all 'items' constructed to spotlight the star's agile histrionics.

24 (2016): As expected the actor is in full form here. Like Kamal Haasan, Suriya threatens to become many sizes larger than his films. His recent films have either featured him in more than one role (Anjaan, 24) or as bombastic rhetoric-spewing unzipped heroes with motor-mouthed dialogues that looked designed for Rajnikanth. In 24 (no relation to the Anil Kapoor series of that title) Suriya plays three roles. He is Sethuraman an amiable scientist and his ‘watch mechanic’ (the term is used at least 34 times) son, and his evil twin brother Athreya who slays the scientist and his wife (Nithya Menon) in what could easily be forsaken footage from a Tarantino film. Self-control is seriously absent .The action sequences are rugged but inconsistent. What holds this unwieldy saga together to some extent, is Suriya’s ebullient efforts to play the three characters at different scales.

Ghajini (2005): You have seen Aamir do the Memento act. Now go back and watch Suriya. He is menacing and tragic, a man who has nothing to lose. Suriya implants not just a feeling of raging anger but also a deep sense of tragedy into his character. The action scenes seem almost choreographed. And the emotional scenes are so crammed with a wounded hurt that the scenes throb with anxiety. I asked the director Murugadoss which of the two performances he thought to be better. His reply was diplomatic and noncommittal. Superstars’ egos notwithstanding there is reason to believe the original always feels more right than the remake.

Singam 2 (2017): Suriya’s introductory fight on a railway station has goons being fist-flown into space like flying saucers while a wide-eyed open-mouthed Shruti Haasan watches the tumultuous tamasha and even rushes to Singam for his autograph. Suriya unleashes his own brand of brutality laced with dialogues that run across the lengthy film with ear-splitting emphasis. In a fight in car park a goon who misbehaves with a lady is lectured on respecting women. I was taking notes. There is blood on the floor and mayhem on the horizon as Suriya packs the punches with rapid-fire motions to rival the questions and answers on Karan Johar’s talk-show. Not willing to let go of his fans’ expectations for even a second Suriya spins and somersaults in muddy action scenes and snazzy dance floor numbers. The plot sinks its teeth all the way from Hyderabad to Sydney with stopover at various waste lands where the NRI villain has dumped toxic ingredients. Suriya’s Singam never wears a Khaki uniform. Perhaps indicative of his superior law-providing status.