Popular female group BLACKPINK released their highly anticipated debut album titled 'The Album' on October 2 along with the music video for the lead track 'Lovesick Girls'. The vibrant song talks about heartbreak in love and moving on and finding solace in your friends. But, one scene has come under fire after the Nurses Association criticized the use of nurse uniforms in the music video. The group's member Jennie is seen performing her verses dressed in the uniform. 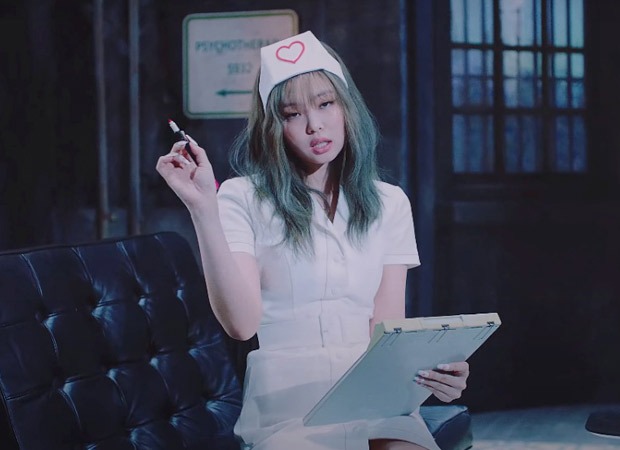 "While working on the music video for a long time, we did not expect this issue to be raised because [the scenes] had no specific intention to them. We feel greatly responsible for this and will consider it an opportunity to deeply learn. We relay our apologies to the nurses who felt discomfort, and we once again express our respect to all healthcare workers who are working hard for the sake of the health of the citizens. Thank you," the company said (via Soompi).

Korean Health and Medical Worker’s Union’s full statement stated that the music video was sexualizing the profession. "In a real hospital, not the ones in the media, nurses are fighting at the frontlines of COVID-19 and taking on the risk of infection for the safety and survival of the citizens. There has been a climate of heroizing nurses as well, but there are still those who call nurses “hey” or “young lady” and let out their stress on them or exercise their power on them. Furthermore, nurses are the healthcare workers who are the most frequently exposed to sexual abuse. If the media continues to show a distorted image of nurses, situations like these will only get worse," the statement read (via Soompi).

BLACKPINK is heading to Netflix. On September 9, it was announced that the group will be releasing their documentary on October 14. Proving that music knows no borders or language barriers, BLACKPINK: LIGHT UP THE SKY offers a personal look at the four members of BLACKPINK, from their years as trainees to their current global success as the most popular K-pop girl group of all time.

ALSO READ: BLACKPINK members Jisoo, Rosé, Jennie and Lisa reflect on their whirlwind lives in the trailer of Netflix documentary Light Up The Sky