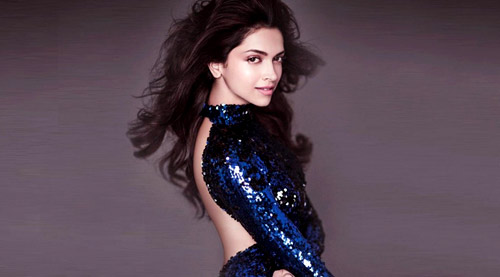 Deepika Padukone has always respected the fact that paparazzi are a byproduct of stardom. Almost a year ago, when actress Katrina Kaif and Ranbir Kapoor's pictures in Ibiza were leaked, Deepika had commented that a star's life can never be private since they are a public figure and hence media hovering around them is pretty normal. But now, looks like the matured actress is very miffed with a leading daily.


Being one of the popular dailies in India, the newspaper had published a video of the actress titling it as 'cleavage show' and this surely did not go down well her. Deepika Padukone decided to give it back to this newspaper since she considered the comment to be very demeaning to not just her but towards women in general and decided to take to Twitter to vent out her anger. She immediately posted a glimpse of the video along with a tweet saying that, "Supposedly India's 'LEADING' newspaper and this is 'NEWS'!!??" Not ending at that she further added, "YES!I am a Woman. I have breasts AND a cleavage! You got a problem!!?? Dont talk about Woman's Empowerment when YOU don't know how to RESPECT Women!"


Her bold move was appreciated by many and that included her fans. In fact, many Bollywood stars too showered their respect towards the actress on Twitter:


Karan Johar: Appalled....shocked and disgusted at the level of disrespect shown..Deepika or any women in the world cannot and should not stand for this!!


Priyanka Chopra: Well done @deepikapadukone ! Taken a stand for all of us. Xoxo


Arjun Kapoor: We have hit a new low today...forget complimenting a woman have the ability to respect a woman first...


Farah Khan: Above all, be the heroine of your life, not the victim. @deepikapadukone doing just that!! (N THATS how u pay a compliment )


Boman Irani: Complimenting a lady is a grace reserved for gentlemen! I stand on a tall tall chair and applaud you @deepikapadukone


Huma Qureshi: More power to @deepikapadukone :-) dats how u shut them upppp


Esha Gupta: @deepikapadukone well said, proud of you. Thank you for doing this.. Women power


Aditi Rao Hydari: Thank you for this! About time! #RESPECT "@deepikapadukone: YES!I am a Woman.I have breasts AND a cleavage! You got a problem!!??


Kriti Sanon: @deepikapadukone superbb reply!! Glad that someone stood up! N i cant believe they actually replied to justify instead of apologising!!!!!


Dia Mirza: Entertainment 'news' has rarely ever treated women with much respect. I'm surprised by the surprise. For once some1 decided not to let it go. Thank you @deepikapadukone #RESPECT


Nimrat Kaur: Dear @TOIEntertain...with this 'compliment' , I shudder to think who this 'everyone' is you're reaching out to ? Brilliant strike @deepikapadukone. So fearless a message and truly inspiring coming from you as a role model to millions of women all over.


Vir Das: An actor has just as much right to react to an image of their body as anyone does. Fame doesn't veto your gender or your self-respect.


Sophie Choudry: "Media attacks a celeb's personal & professional life all the time but this is a new low! Tku for speaking out @deepikapadukone! #Shame #TOI. @TOIEntertain: @deepikapadukone , It's a compliment! You look so great that we want to make sure everyone knew! :)" What? Seriously?! Sick!"


Rahul Bose: Just reading TOI Ent's coverage of @deepikapadukone Stunned. A new low. Well done, Deepika, for not letting it go. Neither shall we.


Ritesh Sidhwani: @deepikapadukone our Media needs to be more responsible & sensitive SHOCKED what it takes to get ATTN @deepikapadukone: Supposedly India's 'LEADING' newspaper and this is 'NEWS'!!??


Homi Adajania: @deepikapadukone - we just slam ourselves back into the dark ages! Reputed channels inciting regressive shit. What are they thinking?! Sad!


Ranvir Shorey: Respect, @deepikapadukone, for taking on this bullshit. More power to you.


Well, it was not just Bollywood which stood united against this act. Even prominent media personalities like Barka Dutt and Rajeev Masand voiced out their opinion in favour of the actress and clearly condemned this story.