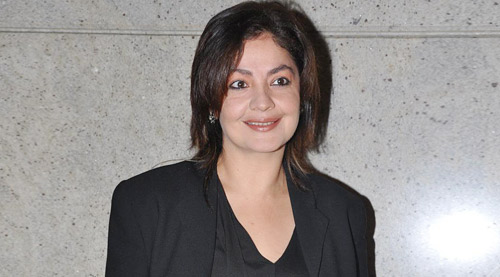 In a rare interview with Subhash K Jha Pooja Bhatt opens up about her life, priorities, pets & peeves.


Pooja, how come we don't see you on screen anymore?

I am not offered anything. No one wants to cast me! Earlier they thought I was a producer-director's daughter, hence difficult. Now I am a producer-director myself. So you can imagine how intimidated they are. The last person who was brave enough to cast me was Rahul Bose in Everybody Says I'm Fine. He gave me no choice. He is my dearest friend. I confided in him about how disillusioned I was by the business of cinema and stardom. He offered me a role. I was aghast. 'What kind of a friend are you? I just told you I'm sick of the industry and you're offering me a role?' He insisted that only I could play Tanya. But I am so glad he insisted. I am indebted to him. Though I haven't met Rahul since Everybody Says I'm Fine he reiterated his friendship for me by insisting I do the role. When a friend insists the least you can do is succumb.


We haven't seen you on screen since then?

After Rahul no one offered me any role except Padam Kumar. I was too petrified to respond to his offer. Filmmakers think I am Mahesh Bhatt's daughter, so I'd ask too many questions. They thought the same way about the great Tanuja. She had the balls and the gall to be a thinking actress and they never allowed her to succeed to the extent that she deserved. I remember meeting her during the year of Zakham after a popular awards function. She told me she had seen me in Zakham and had connected with my performance like never before. Then Tanujaji said something to me that broke my heart. 'Don't think this industry is only for the men. Claim and inherit your space because you have it in you.' Years later when I met her again she had forgotten her advice. But I remembered and cherished it. But you know what? I enjoy just being a producer and a home maker. I love being in-charge. I love being the tortured and tormented soul. I am a Piscean. I enjoy the real-life drama fully.

Alia says you're the only one the entire family listens to and that includes your father Mahesh Bhatt?

Is that true? I don't know. But I do know that I have a conscience and moral values. And I think a conscience is what finally matters. You won't see me compromising just because it is convenient for me to do so. A friend suggested that I write my autobiography. I can write a book. But I've to tell the truth. And I can't do that because it involves other people's lives. What would we be without those who are part of our lives? As I grow older I realize that just because I'm so obsessed with the truth it doesn't mean that everyone else in my life is equally comfortable with it. So either I drop the idea of an autobiography or wait for everyone I love to just die (laughs). That's a terrible thought. Cancel the autobiography.

Being a woman how have you managed to survive as a producer?

I was India's youngest producer. I was 21 when I produced my first film. I've continued to produce films because of the people who have worked with me and supported me.

But so many actors have betrayed you?

Actors betray. Technicians don't. Movies are made by technicians. My DOP, light men, art director...these are the people who have stayed with me over the years. They'd give their lives for me. I safeguard their interests like a communist. My dear friend Randeep Hooda says I am more a unionist than an actor. I reminded him I was a star and not just an actor. Tell me something. How many of today's stars know their spotboys and lightboys by name? For me the guy who holds the thermocol is more important than the guy who stands in front of it. Call me leftist or Maoist. But that's the way I am. And it's because of my deep bonding with my technicians that I am able to make my movies economically and they're much better-looking than my father's films.

You really think your films are better looking?

Do you often come face to face with the truth about yourself?

Recently I went to Ooty after 15 years. My memory was hit by all those films that I shot there like Dil Hai Ki Manta Nahin and Sadak. I found Gautam Rajadhyaksha's book with his pictures of me in a store. I had posed nude long before anyone else had. Gautam had said, 'The only person Pooja hurts with her candidness is herself.' You have to be ready for the hurt. I believe when you are given a special life you owe it to the universe to be yourself. I've to rage against the wind. I've to experience the pitch-dark to relish the dawn. I think in India women with their own mind are still resented. A woman with a vagina, boobs and a brain is considered very intimidating.

How do you deal with Bipasha Basu or Sunny Leone moving away after getting their breakthrough project from you?

I let the film industry deal with them. There is no loyalty in this business, don't you know that? If people say thank you after being given a break then I am lucky. With Sunny Leone it was the question of, who would bell the cat. I had the gall to do that. I remember Sanjay Dutt sending a message to Dino Morea saying they wanted Sunny Leone for an item song in Ram Gopal Varma's Department. If they wanted her they should've asked me. Instead Dino asked, 'Baba (Dutt) Bol raha hai ussey Sunny Leone chahiye.' I replied, 'Bol do Baby bol rahi hai, nahin.' Then Ramu sent me a message saying he would be able to shoot Sunny much better than me as his was the male perspective. I asked Ramu if he had seen my poster of Jism 2. I sent it to him. He asked me to trust him with Sunny. But why should I trust his male perspective when I was the one to bell the cat? You can't suddenly come and steal my thunder away.

Yes. My father and I got the point. I am finished with all the ladies that I worked with. For me their stardom isn't of any interest. Years ago I was offered Rahul Rawail's Bekhudi the film that launched Kajol. My father wanted to know whether I wanted to be a star or an actor. The choice for me was clear. I chose Daddy. I am proud of Daddy, Zakhm and even Prem Deewane and Everybody Says I'm Fine...Even now if someone is willing to cast me I'd be happy to act. It'd be an absolute joy to be on a set and told what to do. Contrary to belief I'm not a control freak. I wish my men realized that. If they told me what to do I'd have done it.

Are you happily married to Manish Makhija?

We've been married for almost 11 years. So you can call it 'happily married'. But I really don't know what happiness is. And I don't want to know. Happiness is highly overrated. The truth is, I wouldn't be in this marriage if it was untruthful. So far I have not been tempted to look over my shoulder. If I do my husband would be the first to know.

But we don't see you two together?

But that's the way we choose to live. Today I see Karan Johar finally attain puberty at 42. Everybody in the film industry is now discovering that turning pointing in their lives at 40-plus. I got there at 17. I've been there, done that, bought the teeshirt and sold it. How wonderful that I go to bed at 10 pm and wake up at 5 am instead of going to bed at 5 am. Thanks to Manisha Koirala and me today's girls admit to a boyfriend. They even kiss in public. I was very happy kissing on screen. But if you asked me to sing a double-meaning song like 'Sarkayee Lo Khatiya' I wouldn't be able to do it. I am proud I made Tammanna at 21 and Jissm at 29. I want to ask you if any of my contemporaries are doing what I am? No. End of discussion.

It depends on whom you are married to. My happiness has never depended on the men in my life, be it my father, lover or husband. I found my happiness in my own heart. I made my mistakes. And I'm proud of them.

Your heart is that of a gypsy?

Of course it is. And thank God for that. I am great organizer, a great motivator and my unit dotes on me. The reason I make films cheaper than my father and uncle is because I've more heart. They can't be on field during the job. I can. And I am.