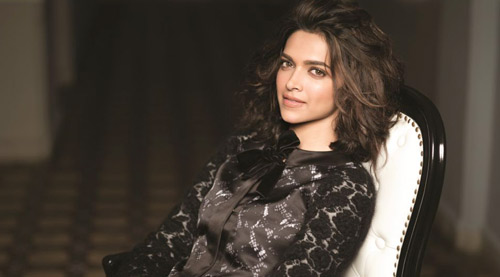 A leading, English daily The Times of India touched a new low in Journalism in India when it tweeted objectionable pictures of Deepika Padukone from @TOIEntertain on Sunday September 14. These pictures were screenshots taken from a YouTube channel that specialises in posting sleazy videos of Bollywood events. The particular picture that led to Deepika's outburst on Twitter was taken from a top angle and zoomed into her cleavage. The matter hit the zenith of spinelessness when the publication tweeted that, "it's a compliment! You look so great that we want to make sure that everyone knew! :)" After a massive twitter-outrage, the publication deleted the outrageous story as well as the 'compliment' giving tweet.

Presenting Bollywood actresses merely as sex objects to sell news stories is not cool. It is the easiest way out. In the last few years, there has been a metamorphosis in the way stars are perceived by their fans especially because of the access earned through the social media. The fan clubs of most of the prominent stars have become extremely important entities in their own right enjoying huge followership. Physicality of Stars is surely an important aspect in their popularity but fans look at their favourite stars as role models. With my experience on Twitter I've realized, fans are keen on authentic credible fact based information about stars more than anything else. Invasion of uncalled-for-privacy isn't welcome especially when you're salaciously probing a woman from a top angle. Justifying it with weird 'compliments' further shows the non seriousness in comprehending the enormity of the blunder.

The tussle between Salman Khan and the press photographers continues as they refused to click pictures of Salman at the recent Bigg Boss event. Salman continues to be unapologetic and demands respect from the photographers. Shraddha Kapoor made peace with Photographers when they refused to click her at the press conference to celebrate the success of Ek Villain. In a recent interview with Bollywood Hungama, Shraddha supported Salman's stand against the Photographers implying that even though she clarified her stand with Photographers, she has still not gotten over it.

There are two ways to look at it. Yes, Media takes the easier way out many times (in Deepika's case it is downright unprofessional and scandulous) by doling out content that is high on gossip or skin show but Media isn't the only one to be blamed. Sophie Chaudhry and Sanjay Gupta have vehemently supported Deepika on twitter. A behind-the-scenes video of Sophie's music video Hungama Ho Gaya was surreptitiously leaked online that was lewd in content. Many people believe the video was deliberately leaked to garner publicity for the music video. A provocative Sunny Leone hogging the publicity stills of Sanjay Gupta's Shootout At Wadala came in for a lot of criticism. Sunny was merely part of a song but the publicity campaign was centered around her sex appeal in a big way. Many Bollywood songs have white skinned skimpily clad background dancers. Their objective is nothing but to titillate. Somehow Bollywood must realise that objectification of female body is propagated deliberately through films. Their objective, like Media's objectionable gossip stories, is merely to attract maximum eye balls. It will be naive to think or imagine that this 'objectification' will stop after this incident with Deepika. Moreover, we at Bollywood Hungama urge Deepika to take a stand against the Times of India group and refuse interviews till they issue a public apology. If she doesn't do this then it will be considered that she's being a party to the Politics of Publicity.

Since we are talking about salacious pictures and have mentioned about Salman and Shraddha's issues with Press Photographers, let's address the two sides of that 'picture'. Stars don't want to be clicked when they are not wearing make-up or when they are returning home after a long tiring day. It is understandable and their wish must be respected. Chaotic situation at high profile events where Photographers go bullish and get too close to celebrities (Baba Siddiqui's Iftaar Party is a case in point) needs to be sorted in a more decorous manner. But on the other hand, Photographers are tipped off about the arrival of stars at Airports (many a times post midnight) by the publicists. Photographers are also tipped off about meetings between prominent actors-actresses at odd hours (especially when a new release is around the corner or any of the respective stars is going through a low phase professionally). The publicity earned through such pictures is hugely welcomed by stars and their publicity machinery.

Introspection is the key word. Both, the media houses as well as the stars ought to introspect what ought-to-be-published and why stars need to reign-in their overzealous publicity machinery. The demand for film journalism is huge but it is often treated frivolously. An emphasis on fact based credible-information-dissemination is one way to make things better. But it'll take both media and stars to raise-the-bar for information and how that information is disseminated-and-perceived.