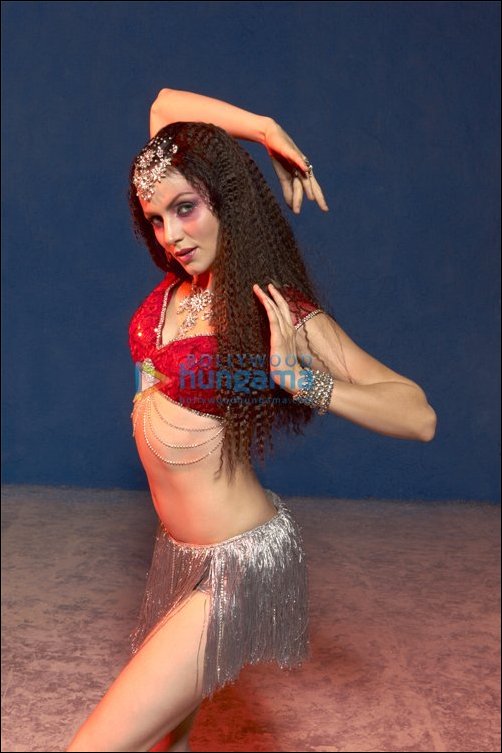 A tribute from one national beauty pageant winner to another, the gorgeous Lara Dutta is very excited about the item song 'Laila O Laila', an iconic Zeenat Aman song, that will be seen in Lara's first ever home production Chalo Dilli. The song will bring the famous item girl, Yana Gupta.

Yana is ready to wow audiences with her performance on the cult Zeenat Aman song 'Laila O Laila'. Keeping close to the original composition, Lara Dutta who is a big Zeenat Aman fan wanted to pay homage to her idol and decided to shoot an item song starring the scintillating Yana.

Says a source "Both Lara and Zeenat have been Miss Indias. Lara has always idolized Zeenat Aman and wanted to in some way represent her in her first home production - that's when she decided to base an item song on the cult hit 'Laila O Laila'."

If sources are to be believed, the song is one to watch out for and is very rustic yet exotic in its format.

"Lara is very excited to show the song to Zeenat Aman and have her feedback on it," adds the source.


Says producer Krishika Lulla, "We are all very excited about the song 'Laila O Laila' which is a desi rendition of the original. We've received great feedback for it and hopefully audiences should love it just as much"


An entertaining, slice of life film that will have you laughing off your seats, Chalo Dilli directed by Shashant Shah (of Dasvidaniya fame) is a journey which along with the two protagonists showcases the real India and its colourful and funny people with their eccentricities.


Produced by Krishika Lulla and Mahesh Bhupathi, Chalo Dilli comes to a theatre near you on April 29.