Last Updated 22.01.2022 | 9:00 AM IST
feedback language
follow us on
Bollywood Hungama » News » Bollywood Features News » It’s a wrap for Anushka Sharma and Varun Dhawan on Sui Dhaaga – Made In India

They are being called the freshest jodi of 2018 and Varun Dhawan and Anushka Sharma’s Sui Dhaaga – Made In India is definitely one of the most anticipated movies of this year. With a different concept and new avatars, Varun and Anushka are ready to steal the hearts. 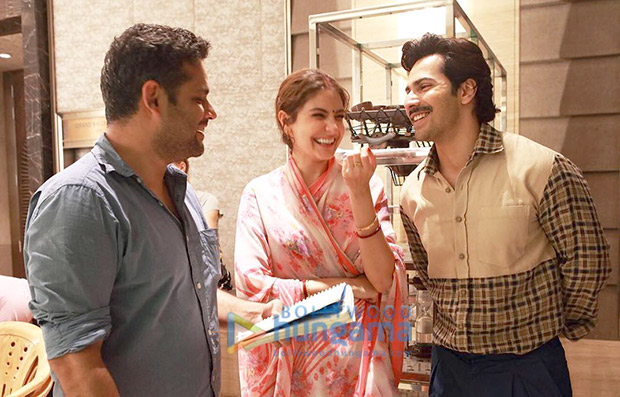 On Friday late night June 29, Varun Dhawan and Anushka Sharma gave the last shot as the team wrapped its shooting schedule. They clicked several pictures with the entire crew after the wrap up. It was an emotional moment for Varun, Anushka, director Sharat Kataria, producer Maneesh Sharma and the entire team of this special film. National award winning writer-director-producer combo of Sharat and Maneesh, who had earlier collaborated on the blockbuster Dum Laga Ke Haisha, have written Sui Dhaaga. The entire team spent some time chilling with each other post the shoot. It was an extremely heart-warming wrap for the team. 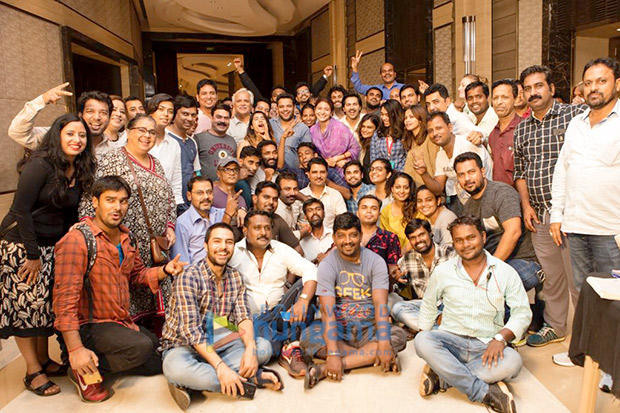 Anushka Sharma, on July 2, shared a candid photograph with Varun Dhawan and director Sharat Katariya after the wrap up. She captioned the image, “A truly special film by a truly special story-teller, #SharatKataria.. Mauji and Mamta are coming to tell their story on Sept 28 at a theatre near you.. @suidhaagafilm @varundvn #ShootWrap.”

A film about finding love and respect through self-reliance, Varun and Anushka starrer Sui Dhaaga – Made in India is a heart-warming story that is rooted in the Indian milieu and celebrates the spirit of self-reliance. The film’s plot is inspired by the hugely acclaimed Make in India campaign. Directed by Sharat Katariya, Varun Dhawan will be seen as a tailor and Anushka Sharma is as an embroiderer. Yash Raj Films’ entertainer is set to release on September 28 this year.