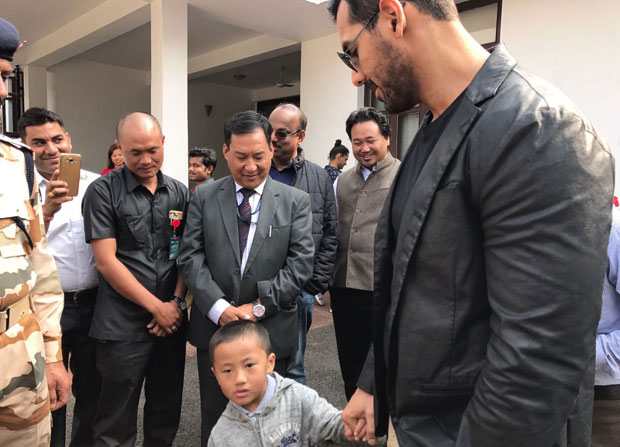 John Abraham’s association with kids has been a long one. Ever since he worked in the 2004 action film Dhoom, he has been a hit among the children. His loving nature and sense of humour has always worked its charm with the little ones.

And today, John Abraham proved his love for the tots once again. The actor today posted two pictures on his Instagram account in which he can be seen interacting with a cute child. The location is somewhere in Arunachal Pradesh, where the actor has flied down recently probably as part of being the brand ambassador of Arunachal Pradesh Tourism. The first picture shows John looking patiently at the kid and in the other picture; he looks up and gives out his killer, dimpled smile. John Abraham can be seen wearing a black jacket and looks quite dashing as always. “This little guy stole the show!” is the caption of the picture. 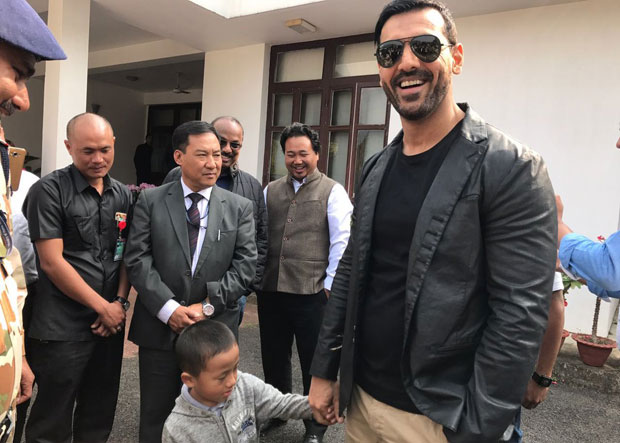 On the film front, John Abraham is gearing up for the release of his home production Parmanu – The Story Of Pokhran, co-starring Boman Irani and Diana Penty. It is all set to release on December 8, 2017.