Madhuri Dixit may still be considered as one of the strongest actresses in B-Town. But we have rarely seen the actress doing bike or any such stunts. But it seems that the actress is going to break all trends for her forthcoming Marathi film. Madhuri Dixit turns biker for her film Bucket List and here’s the proof.

Madhuri Dixit, who is currently shooting for Bucket List in Pune, left the street onlookers surprised in her new biker avatar. Yes, the actress grabbed a lot of attention as she zoomed on her new bike on the streets of Pune. The onlookers were obviously thrilled to see the Marathi mulgi in this all new avatar. 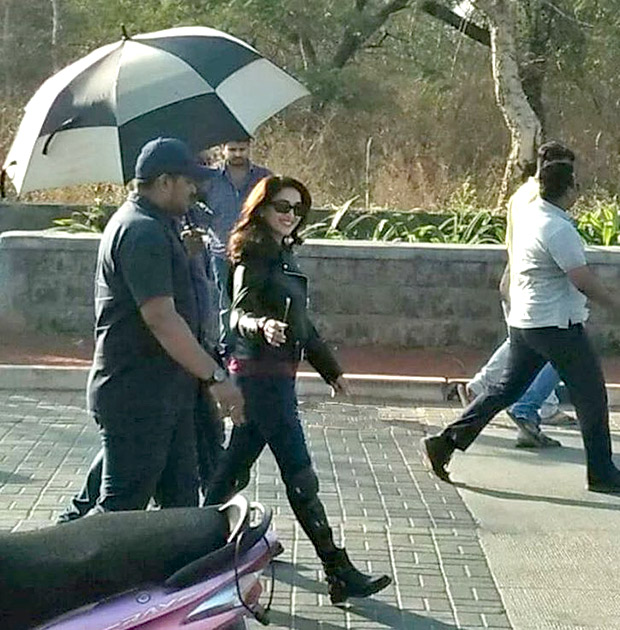 Not only did they catch a glimpse of Madhuri Dixit but even clicked pictures of her. The pictures of the actress as a biker have now started doing the rounds on social media too. In one of the scenes that are being shot, we get to see Madhuri sporting quintessential biker clothes too. And we must say, the actress is pulling off the black leather jackets as well as boots with élan.

On the other hand, there is yet another picture of the actress riding in sporty casuals. It comprises of a maroon top, denims, a pair of sneakers and of course a scarf. Interestingly, while the actress seems to be flaunting winter wear, the climate however was quite different we hear. Reports claim that even though the film presents a winter sequence, it was shot on an extremely hot day. 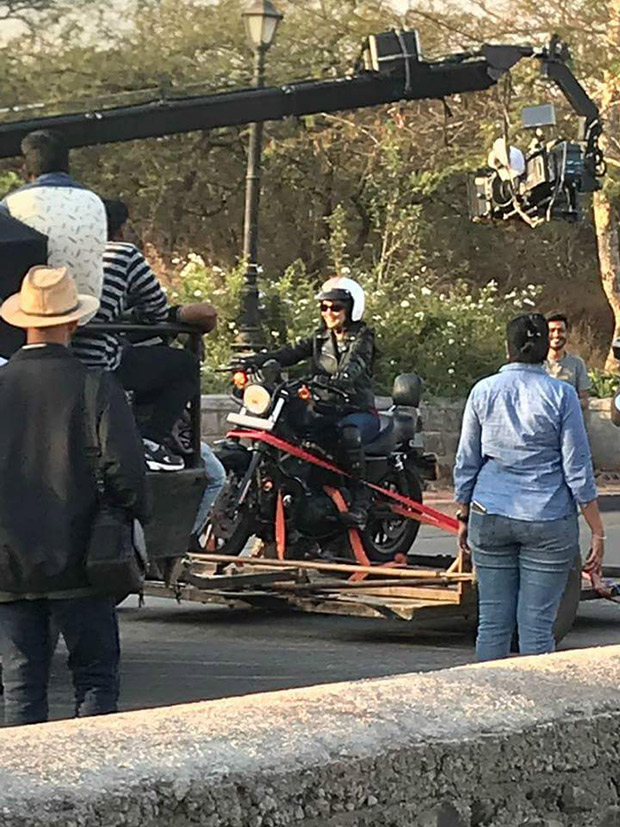 Director of Bucket List, Tejas Prabha Vijay Deoskar is however impressed with the scene and the actress’ dedication. According to him, despite the unfavourable weather, Madhuri was very supportive and shot the scene with full sincerity. He was surprised to see that the actress did not carry any baggage of being a star and adjusted effortlessly. In fact, he also asserted that along with the rest of the team, Madhuri too shot for 12 hours continuously.

While Bucket List marks the acting debut of Madhuri Dixit in Marathi cinema, it also sees her reunite with actress Renuka Sahane. The two of them starred together in the iconic family drama Hum Aapke Hain Koun! two decades ago. It featured the two of them in the role of sisters. 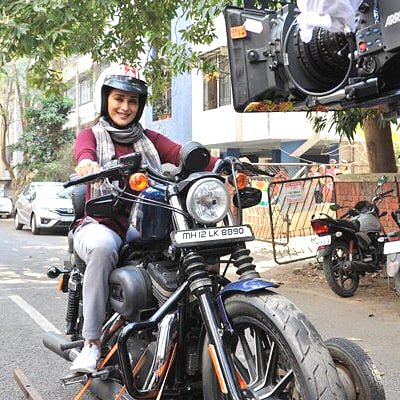 Talking about Bucket List, the film features Madhuri in the role of a protagonist who discovers a new journey of self-realization. It has wrapped up schedules in other locations like Alibaug, Mumbai and Langkawi.