Last Updated 09.12.2022 | 8:26 PM IST
feedback language
follow us on
Bollywood Hungama » News » Bollywood Features News » “What worked for Raj and Simran on screen was basically the pure friendship that Kajol and I shared off screen”- Shah Rukh Khan and Kajol open up on Dilwale Dulhania Le Jayenge

On October 20, 2020, Dilwale Dulhania Le Jayenge (lovingly also called DDLJ) will complete 25 years. Written and directed by debutant Aditya Chopra, the film shattered all box office records and is one of the biggest all-time blockbusters in the history of Hindi cinema. It also went on to become the longest-running Hindi film of all time. 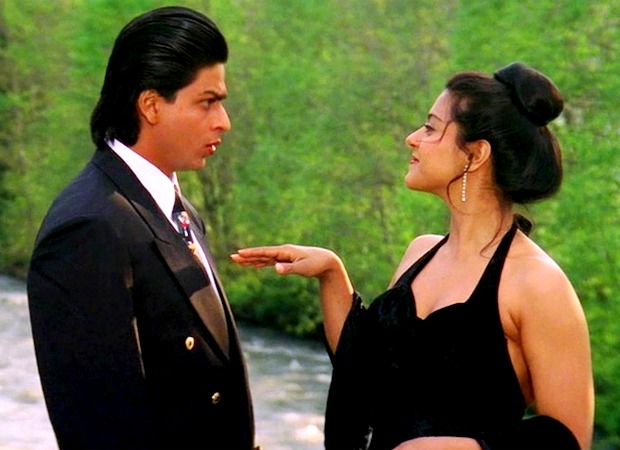 SRK says, “What worked for Raj and Simran on screen was basically the pure friendship that Kajol and I shared off screen. It was all so organic that there were moments in front of the camera that we didn’t feel like we were acting at all. We didn’t really plan scenes. We just let them flow, and if we didn’t like something, we could just blurt it out to each other without any formality.” Kajol adds, “I loved the script, from beginning to end. There was no part that I heard that I did not feel completely there, and present, and completely part of the film.”

The duo credits Aditya Chopra’s brilliant story that struck a chord in the hearts of Indians worldwide. Shah Rukh Khan says, “It was a set of friends just having fun with the material. Adi had a much clearer vision [of] where he was going with it and what he wanted to say in it. So the voices belong to us, but the words and feelings are all his, to be honest.” Kajol adds, “I think when Adi wrote the film, he meant it to show that families are the way they are everywhere. That’s what the film was about: embracing what the world has ahead of you, but don’t forget your roots.”

SRK dissects the film’s astounding success by saying, “This film came at a time when the audiences were getting more receptive to a story like DDLJ and a pairing like mine and Kajol’s. A lot of external factors worked for the film: the novelty of a modern rom-com, for example, and liberalization.”

DDLJ is the winner of a record-breaking (at the time) 10 Filmfare Awards and the film literally changed the face of Bollywood globally. The film was made at a budget of Rs. 4 crore and the blockbuster, in 1995, collected Rs. 89 crore in India, RS. 13.50 crore in overseas markets. Thus, total collections stood at RS. 102.50 crore worldwide. In today’s inflation adjusted value, DDLJ’s collection stands at a staggering RS. 455 crore in India and Rs. 69 crore in overseas territories, taking the total worldwide collections to a phenomenal Rs. 524 crore.