After charming the audiences in My ID is Gangnam Beauty, Im Soo Hyang is back with another romance drama with a splash of comedy. She is starring in Woori The Virgin alongside Sung Hoon. The drama is a remake of the American show Jane the Virgin. It premiered on May 9, 2022. 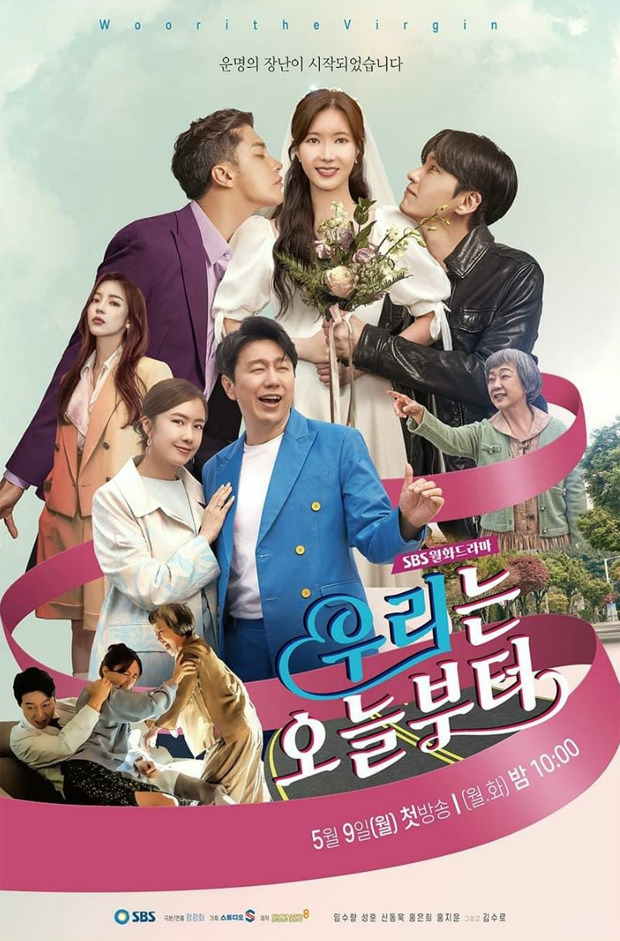 Im Soo Hyang plays the role of Oh Woo Ri, a young woman in her 20s who is infamous for taking the abstinence pledge. She has not dated anyone in her life, but works as writer dealing with physically intimate stories. She is dating Lee Kang Jae (played by Shin Dong Wook). One fine day, when she goes for a medical check up there is a mix up and she is artificially inseminated. The father is none other than Raphael (played by Sung Hoon), the CEO of a popular store. He is on a verge of divorce with his wife. Woo Ri, who swore off physical intimacy until after marriage is suddenly caught up in a complicated mess. There is also a love triangle beginning to form as Woo Ri is seeing a man, but now she is pregnant with another man’s (Raphael) child.

The characters of Woori The Virgin are picked straight from the pages of a classic romcom trope. The main cast and the supporting cast do a good job of delivering their lines. The comic timing is just in time to bring about a light-hearted feel in the storyline. Sung Hoon easily slips into his role as the owner of a conglomerate. The role is not very nuanced as there is barely any difference from Sung Hoon’s similar in My Secret Romance.

Woo Ri and Raphael share a comic chemistry that reminds one of the rich-common trope dramas like What’s Wrong With Secretary Kim, Business Proposal, etc. There is friction between the leads, but that only strengthens the possibility of romance. For those who like True Beauty, the love triangle flashbacks might just come back. The original drama Jane The Virgin ran for over five seasons, it remains to be seen how the Korean remake would fit the story in just a handful of episodes. Despite the cliché tropes, the story does not feel over-used. It will be definitely interesting to see how the writers solve the main problem angle in the forthcoming episodes.

Also Read: Im Soo Hyang starrer Starting Today, We and Dr. Lawyer to air in May; networks MBC and SBS in conflict over broadcast schedules