Not too long ago, makers of Darbar released the first look of the film with Rajinikanth as the protagonist. Now that the look has been finalized, the film is said to have gone on floor in Mumbai now and the makers even did a pooja for the same. Rajinikanth was recently seen in red kurta along with director AR Murugadoss attending the same. For the uninitiated, the South megastar shot extensively for his film Kaala too in the city. 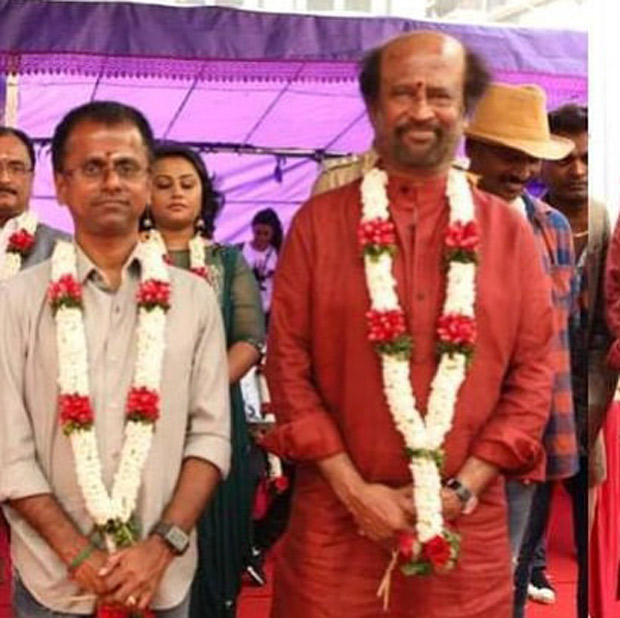 Coming to Darbar, an interesting first look of the film was released a day ago. The said poster could be defined as quirky with Rajinikanth surrounded by cop elements. Reports have it that the actor will be playing a cop and it also features a rather interesting tagline that reads, ‘You decide what you want to be, good, bad or worse?’

The first look of Darbar was shared on social media by the producers Lyca Productions who are more than happy to reunite with their 2.0 star.

Rajinikanth’s earlier release Petta, that hit the big screens earlier this year, was a blockbuster of sorts and fans are expecting their Thalaiva to recreate the magic in this one!! The first look has gained quite a bit of appreciation from industry insiders.

Darbar is expected to star female superstar Nayanthara as the leading lady. With music by Anirudh Ravichander, the cinematography will be done by Santosh Sivan and the editing will be done by Sreekar Prasad.