Last Updated 11.08.2020 | 10:25 PM IST
feedback language
follow us on
Home » News » Bollywood Features News » Bollywood News Nushrat Bharucha has the time of her life as she experiences skydiving in Australia

Nushrat Bharucha experienced a massive hit with Sonu Ke Titu Ki Sweety in 2018. Since then, the actress has come on board for several films as the leading lady. After wrapping her projects, the actress recently was vacationing in Australia where she experienced skydiving. 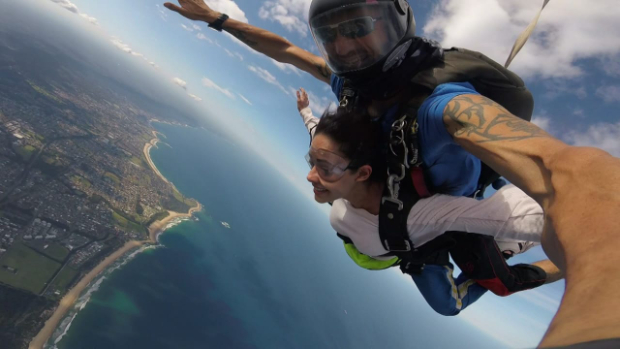 In a video that Nushrat Bharucha shared, she is seen jumping off her plane with her instructor. Sharing about her experience, Nushrat had said that her instructor had urged her to get rid of her fear. Till the parachute opened, the actress was telling herself to breathe in and breathe out. The moment she began in glide over the sea and the beach, it was an amazing sight for her. She felt like she was flying. Sharing the video, Nushrat captioned it, "Have always wanted to fly and I finally got to it!! #Australia #Skydiving." 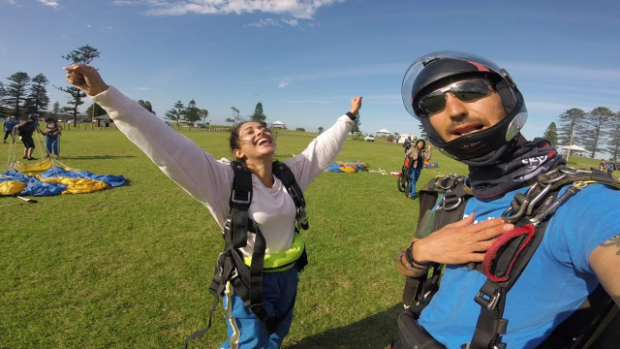 On the work front, Nushrat Bharucha will be seen in Turram Khan in which she will reunite with Love Sex Aur Dhokha co-star Rajkummar Rao. She will also be seen with Ayushmann Khurrana in Dream Girl.

ALSO READ:  Salman Khan ropes in Nushrat Bharucha for his next (details inside)

Krishna Shroff gets quarantined in…

Nushrat Bharucha heads for a dubbing…