Last Updated 14.08.2020 | 12:29 PM IST
feedback language
follow us on
Home » News » Bollywood Features News » Bollywood News Kalank: Madhuri Dixit reveals she would give marks to Varun Dhawan for his dance when he was a kid

Varun Dhawan and Madhuri Dixit are coming together for the very first time in upcoming period drama, Kalank. The film, helmed by Abhishek Varman, has an ensemble cast including Alia Bhatt, Sonakshi Sinha, Sanjay Dutt, Aditya Roy Kapur among others. As we are approaching the release soon, Madhuri Dixit recently made an interesting revelation about Varun Dhawan when he was a kid. 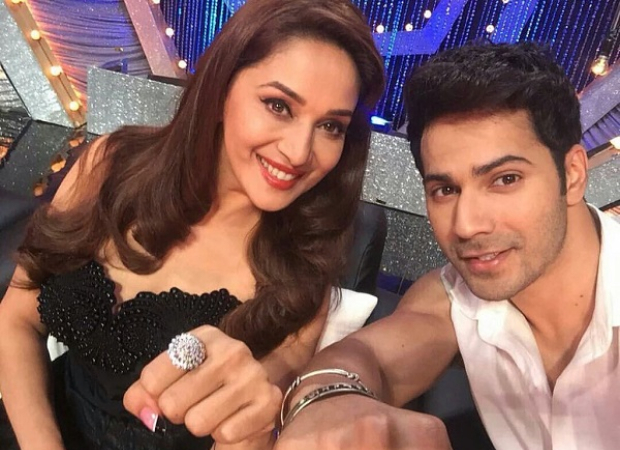 Varun Dhawan, son of filmmaker David Dhawan, would make visits to the sets of his father's films when he was a kid. He would sometimes visit Madhuri Dixit on the sets of Yaarana. As a kid, he used to get restless. So, to distract him, the actress would ask him to dance and she would give him marks. "We were shooting for Yaraana (1995). There were no vans then. So, we used to sit outside our bus. Varun used to get restless as he was kid. He used to dance. I asked him to show me his dance. He used to do the steps for me and I used to give him marks. Like, out of 10, I used to give five. He used to get disappointed. I used to tell him that he has to do better than this and I will give him more. So, we used to keep him occupied this way," she said during Kalank promotions.

ALSO READ: "It was very emotional" - Madhuri Dixit opens up about stepping into Sridevi's role in Kalank