Last Updated 03.07.2022 | 9:13 PM IST
feedback language
follow us on
Bollywood Hungama » News » Bollywood Features News » Woah! Priyanka Chopra and Parineeti Chopra dancing their hearts out in Goa is what we need to do with our girl gang this weekend!

Well, it is a known fact that Priyanka Chopra is quite close to Parineeti Chopra who was also one of the bridesmaids at the actress’ wedding. The cousin duo had even taken off to Goa last year along with Nick Jonas post his roka with the former beauty queen. Now that it has been almost a year since the trip, a video from their Goa vacation has found its way to social media and we got a glimpse of the same when it was shared on Instagram by Priyanka’s team. 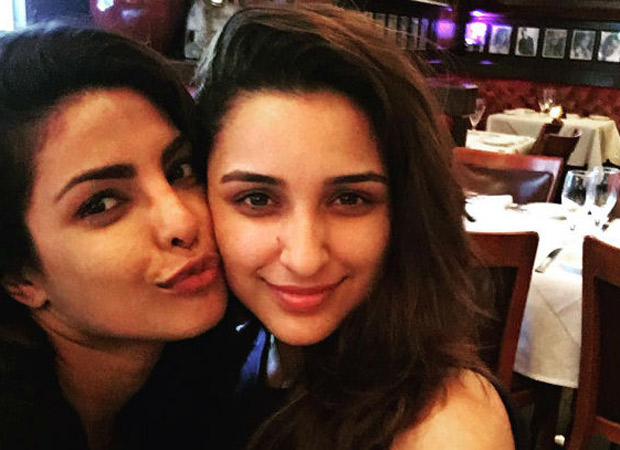 Woah! Priyanka Chopra and Parineeti Chopra dancing their hearts out in Goa is what we need to do with our girl gang this weekend!

The official Instagram page of Priyanka’s team shared this video of Priyanka Chopra and Parineeti Chopra dancing in the rain and we must say it has completely inspired us to take off to Goa along with our girl gang, don’t you think so? The two actresses were also seen singing the perfect rain song ‘Tip Tip Barsa Pani’ which was originally picturized on Raveena Tandon from the film Mohra. The two Chopra girls were seen letting their hair down and dancing their hearts out and here’s the look of the same:

On the work front, Priyanka Chopra is expected to be making a comeback in Bollywood films with The Sky Is Pink that is slated to release in October this year. Whereas, Parineeti Chopra has about four films in hand which includes Jabariya Jodi, Sandeep Aur Pinky Faraar, Saina Nehwal Biopic and The Girl On The Train remake. Priyanka Chopra is currently shuttling between India and U.S. where her husband Nick Jonas is busy with his work commitments to balance her personal and professional life.

Also Read: PHOTOS: Priyanka Chopra gets wax statues in London and Singapore and they are unbelievably gorgeous