Recently, Janhvi Kapoor and Ishaan Khatter were the talk of the town especially since their film Dhadak released. Well, now it seems like the two can’t get enough of each other and have even decided to schedule their work out sessions together. 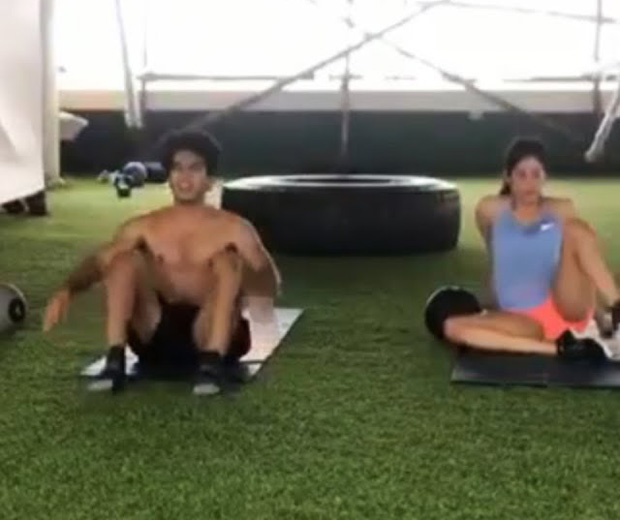 In a video on Instagram, the two can be seen sweating it out with a tough workout session that includes some serious strenuous activity. The same video also features the two doing some cardio exercises while Ishaan flaunts his abs.

Back on the film front, while Dhadak was Janhvi Kapoor’s Bollywood debut, Ishaan was previously seen in the film Beyond The Clouds.