Fans are eager to see their favourite star Irrfan Khan return to the big screen and it will be with Angrezi Medium. Buffs who have been following up with the buzz would be aware that the readers were not keen on kicking off the film without Irrfan’s presence. The actor was a part of the prequel Hindi Medium and now yet again he is all set to bring forth a new story based on this Hindi-English war! And Dinesh Vijan definitely couldn’t be happier about it. 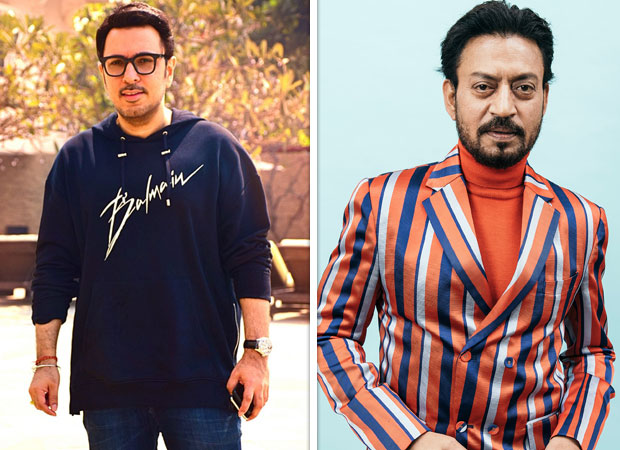 We all know that Irrfan Khan had earlier taken a sabbatical after being detected with neuroendocrine cancer. He was away in London undergoing treatment and he has now returned hail-n-hearty to his country. In fact, reports have it that Angrezi Medium producer Dinesh Vijan is vouching for the good health of the actor! The producer was said to be quoted in earlier reports asserting everyone that Irrfan is back in top form.

Dinesh Vijan stated in recent reports that Irrfan Khan is outstanding and mind-blowing. He also assured all fans that the character that will be essayed by the actor will be memorable. Earlier, the makers had introduced us to the character played by Irrfan which is expected to be that of a sweet shop owner named Mr. Champak.

Speaking of Angrezi Medium, the film is expected to be completely different from Hindi Medium. While the earlier starred Saba Qamar as Irrfan’s wife, this sequel will have Radhika Madan playing Irrfan’s daughter. It will also feature Kareena Kapor Khan in a special role and it is expected to be that of a cop! Directed by Homi Adajania, the film has already gone on floor in North India.

Also Read: Irrfan Khan opens up about his HEALING process as he shoots for Angrezi Medium