Ajay Devgn and Kajol had lit up the Koffee With Karan couch this season and enthralled us with their humour and barbs! Looks like Karan Johar and other judges who were specially called in to review the performances and rapid fire answers were mighty impressed with Ajay. Because guess who won the Answer of The Season competition? None other than Ajay for his witty jibe on Karan himself! So, Karan asked Ajay, “One superstition that you are guilty of believing.” Ajay had said,“I had this superstition that all your films with ‘K’ work, till we did Kaal.” Kajol knowing Karan too well had immediately predicted that this is indeed the answer of the season! She had exclaimed, “Okay, he’s winning this Audi. Here we come.” Ajay loves cars and he has admitted that several times, even on the show! 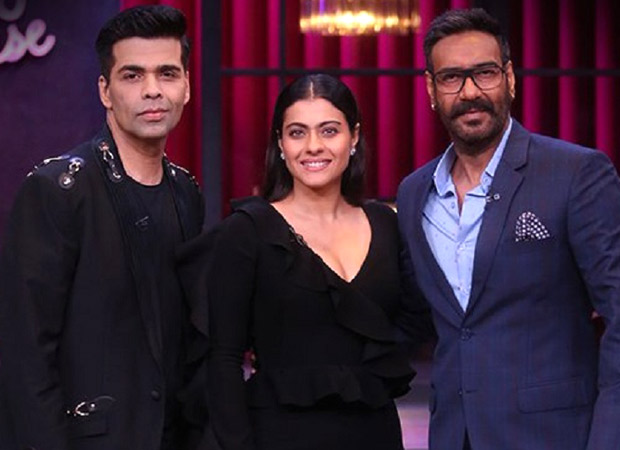 According to reports, judges had a tough time deciding whom to give the award because there were several answers which were totally awesome in the show, including Aamir Khan's. The panel included Johar's favourites: Malaika Arora, Kirron Kher, Mallika Dua and Vir Das. Karan's episode with Ajay and Kajol was one of the most highly rated ones because they had come on the show after their famous feud.

On personal level, Karan just celebrated his twins’ Yash and Roohi's second birthday with a lot of hoopla. The inside pics show that Papa Dearest did not leave any stone unturned to give the kids the best birthday they could ever have.