Madame Tussauds just added another big star in their museum and it is none other than Priyanka Chopra. After making her way to Hollywood, the actress is adding yet another feather to her success hat. Priyanka unveiled her first-ever wax figure in New York City on Thursday which a complete replica of her Emmys 2016 red carpet look. The actress revealed the wax figures will also launch in London, Sydney and Asia later this year. 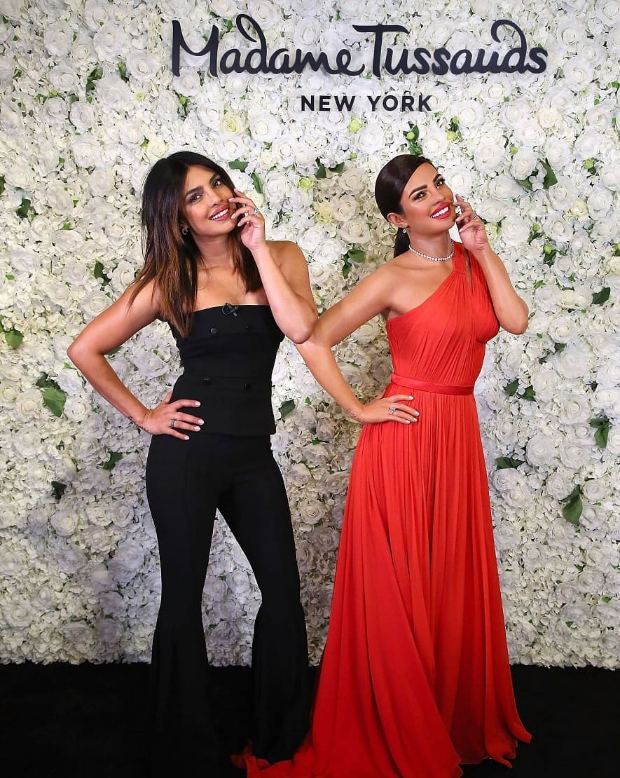 Priyanka Chopra shared some pictures from the unveiling and it looks like she had a blast. The wax figure is a replica of her 2016 Emmy Awards look when she stunned in a custom red gown by Jason Wu. She wrote, "<-- Me when I saw my new wax figure at Madame Tussauds in NYC @nycwax (Coming to other locations soon!!) 4 figures. UK, Australia, Asia coming up! Thank you to the Madame Tussaud’s team."

We are so excited to announce that we have officially launched the first ever @priyankachopra Jonas figure here at @nycwax . Come meet her and take that perfect selfie in New York today! #PriyankaChopra #nycwax #madametussauds #newyork

Madame Tussauds unveiled the behind the scenes footage and the fans got a glimpse on what went down during the making of the wax figure.

Meanwhile, Priyanka Chopra is busy with the promotions of her third Hollywood flick, Isn't It Romantic which is set for Valentine's Day release. It will stream on Netflix from February 28 onwards.

ALSO READ: Priyanka Chopra FREAKED OUT before getting married to Nick Jonas