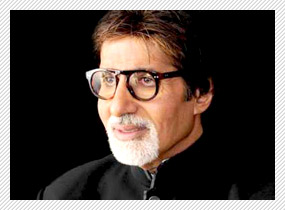 Amitabh Bachchan blogs about the superstar of Bollywood and his costar, Rajesh Khanna...


I first saw him in a film magazine, perhaps Filmfare. He was the winner of the Filmfare- Madhuri Talent Contest, a contest that I had applied to in the coming year and been rejected. His film Aradhana was my next meeting with him, at the Rivoli Theatre in Connaught Place in New Delhi, which my Mother took me along to see. The packed audience and their reactions to this young handsome man was impermeable.


The early, or shall I say preliminary rejection of my attempt to compete in the Filmfare- Madhuri contest, had made me leave my settled job in Calcutta. I had come away home to seek the possibilities of joining the Industry in some other way. But one look at Rajesh Khanna made me realize that with people like him around, there would be little chance or opportunity for me, in this new profession!


When I got my call for Saat Hindustani I travelled to Bombay, got the role and went back to start its shooting. My friendship with one of the Hindustani's, Anwar Ali, brought me in the vicinity of his illustrious brother Mehmood. Mehmood bhaijaan's presence in the Industry and his own very large standing, gave me an opportunity to get an informal meet at one of the shootings of Rajesh Khanna. It was a very formal hand shake and that was it - a routine for him, an honor for me!


Soon after I was being cast opposite him in Anand. This was like a miracle, God's own blessing and one that gave me 'reverse respect'. The moment that anyone came to know that I was working with THE Rajesh Khanna, my importance grew. And I gloated in its wake. During the breaks in the shooting of the film I would return to Delhi and gleefully describe the scenes and dialogues of the film, as also its music to all that I met - and I met many during that time! There were no CD's then, just the spooled tapes, and getting Hrishi da to part with one such for me, was an exercise in futility. But I was able to get one and 'kahin dur jab din dhal jaae...' played endlessly on my very repair stricken tape recorder.


He was simple and quiet. Would sit in the front seat of his modest Herald, driven by his man- friday Kabir. He would attract many visitors on set and was continuously surrounded by them - Hrishi da permitting! The frenzy and the following he garnered was a sight to behold. In the 1970 era his fans came from Spain to meet him - a most unheard of occurrence then. In his trade mark Rajesh Khanna kurta pyjama, he almost always looked the boy next door, one that girls would want to take home to Mother. But amidst all this there was a quiet elegance within him. In his boyish plainness there was something that was regal in his demeanor. It was the magnet that attracted others to him - who at times were almost servile to him in nature.


My observation above does not do justice to what I wish to explain. But then, that itself could be that unspoken accomplishment of his.


I visited his residence 'Aashirwad' just once when we were working together, to wish him on his birthday, only to realize when I reached their, that I had come in a day earlier. He was magnanimous enough to understand my awkwardness and asked me to stay back; then after a while driving me to Shakti Samanta's (who made Aaradhana and many other films with him, and Great Gambler and Barsaat Ki Ek Raat with me ) house to join him for dinner ! The next day on his birthday he hosted me again. Many many years later he had called me to his office to seek the possibility of working for his production, which did not materialize. Then of course my last meeting with him was when IIFA decorated him with a LifeTime Achievement Award and asked me to present it. His gracious words for me still resound.


When the shooting of Anand began at Mohan Studios, Hrishi da's favorite locale, now a concrete housing colony, the one moment that always worried me was, that last scene when I break down after his death and urge him emotionally to speak! Not being able to find a method in my own very limited acting experience, I sought the help of Mehmood bhai, in who's house I was living with his brother Anwar Ali. And I still remember what he told me -


It was not so much a tutorial in acting that he expounded. It was an exalted acknowledgement of Rajesh Khanna's presence and position in the psyche of the nation that he was drawing my attention to.


That is how Rajesh Khanna was looked upon from the day he started till his last breath. Times changed, people changed, circumstances changed, but Rajesh Khanna always remained his quiet, elegant, regal self!


As I sat at his home this afternoon, to pay my respects, soon after learning of his passing away, a close functionary of his, came up to me and told me in a choked voice what his last words were -

Blog can be accessed at http://srbachchan.tumblr.com/