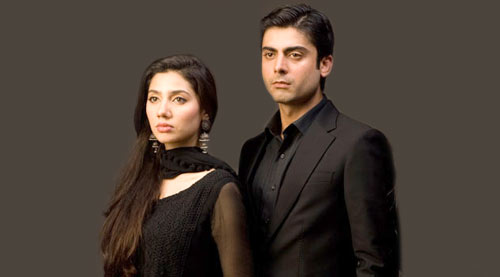 Protesters can shove their placards up their aisles. The Pakistani presence in Bollywood is strong, very strong. While the barbed fence dividing the two countries has grown

spikier in recent times, the presence from across the border has grown stronger, at least in numbers.


In February, we saw two Pakistani entertainers in prominent roles in Bollywood films. Mawra Hocane came and went unnoticed in Sanam Tere Kasam. Singer-actor Ali Zafar who has been in and out

of India for the past five years made a cameo appearance in the recent Tere Bin Laden Dead Or Alive. No one noticed. Before him another top-ranking Pakistani model-actor Imran Abbas made an

effort to be noticed opposite Bipasha Basu in Creature 3D and in Muzaffar Ali's period fiasco Jaan Nissar.


Not much happened and Imran is back home in Pakistan. Before Imran, there was the very hot Sara Loren who strove to smolder in Murder 3 and a film called Barkhaa. But nothing happened

to her career in India although Mukesh and Mahesh Bhatt swore by her talent and looks. Prior to Loren, other Pakistani actreses like Zeba Bakhtiar, Meera, Veena Malik and Humaima Malik have been

pretty disastrous in their efforts to capture Bollywood.


Why are actors from Pakistan unable to make an impact in spite of being welcomed in Bollywood with reasonable fanfare and roles that showcase their talents? Didn't Zeba Bakhtiar play a Pakistani


One reason for the non-performance of Pakistani actors in Bollywood is their inability to anchor their presence culturally and geographically in Indian soil. They come here, make polite noises and

go back without cultivating any sense of belonging. The male actors so far from Pakistan have been running to and fro between the two countries to ensure they are not seen as being disloyal to

their own soul. They also have to ensure they conduct themselves with decorum on Indian soil.

Hence Fawad Khan considered by a certain section of Bollywood to be the hottest Pakistani import comes to India with his wife (to ensure the Bollywood ladies know he is booked), refuses to say

anything remotely controversial, says he won't kiss on screen and won't do love-making scenes. In his Bollywood debut Khubsoorat, Fawad did deign to take off his shirt (oh all you luckly

mahilas of Hindustan) and told me in an interview that he would like to convert to Bollywood's code of conduct gradually.


As though Fawad Khan was cracking a very intricate and secret code! With so many don'ts you would think Bollywood would be wary of Fawad. After Khubsoorat, he had Karan Johar's Kapoor &

Sons. And it worked wonders! While this did break the jinx, despite the film's blockbuster streak, it is still considered as a one off. Fawad, who did manage to break the stereotype a tad bit,

yet did not indulge in any kind of intimate scenes or prominent liplocks in this recently released film.


Interestingly while Pakistan's male imports like Fawad and Imran Abbas have asserted their determination to maintain an aesthetic decorum in Bollywood, the girls from Pakistan are known to have

thrown all caution - and clothes - to the winds.


Pakistani actresses like Meera, Veena Malik and Sara Loren have been seen to be more than willing to show skin. But to no avail. The newest Pakistani recruit is Mahira Khan who makes her Bollywood


Mahira shot with the Khan in Bhuj recently. The chemistry according to Raees director Rahul Dholakia is appealing because Mahira conveys an old-world charm and doesn't try to be a Bollywood hottie.

If Fawad dooesn't want to kiss, neither does Mahira. They bring to Bollywood a tahzeeb that we lost with Meena Kumari. Yup, Fawad and Mahira just might jump the barbed fence more successfully than


Provided their visas don't betray their interests in Bollywood.