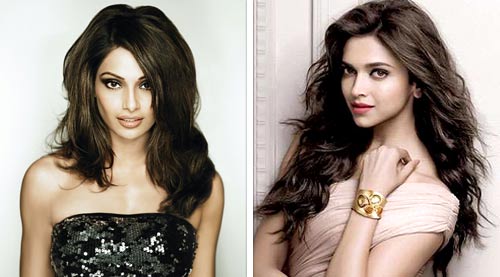 It's the sultry Bipasha Basu versus the incandescent Deepika Padukone at the box office this week. And if Deepika had four blockbusters last year, let's not forget she started this year with a thundering flop Kochadaiyyan.


Bipasha and director Vikram Bhatt who has helmed this week's shiver giver Creature, have teamed up for two earlier blockbusters Raaz and Raaz 3. They have a following.


So which will the audience have more fun with Creature or Finding Fanny?


Finding Fanny is not going to be easy. You can only find those who are lost. And Homi Adajania's quirky wacky Goan carnival of a film is so much in-your-face you feel Premnath with his half-open crotch in Raj Kapoor's Bobby would happily exchange his feni for Fanny.


There are lots of backside jokes doing the rounds on television. And if we think that to be a sign of audiences maturing we have another thought coming. There's many a slip between the butt and the if.


The buzz, if you stop long enough to hear it, still surrounds the traditional Good Versus Evil entertainer.


Roshan Singh an exhibitor-distributor from Bihar says, "Dark edgy, wacky comedies are all very well in the metros, and that too for a minuscule audience. If we look beyond Bandra and Colaba in Mumbai, there is a massive audience for Vikram Bhatt's mythology-inspired supernatural thrillers."


Singh who comes from a family of three generations of distributors and exhibitors thinks Finding Fanny looks too niche for the average moviegoer.


Will Bipasha Basu rule over Deepika Padukone this Friday?

The European feel of Homi Adjania's Finding Fanny has been diluted somewhat by dubbing the English-language film into Hindi.


And that, according to a prominent middle aged director who is a 'fanny' of Homi's cinema, is a big mistake. "How can you change the language that these characters think and speak in? You are not only losing the original flavour, you also end up making the quirky characters look more caricatural than intended."


The film's latent European flavour is a component in contemporary cinema that Vikram Bhatt diligently avoids in all his films.


Most, if not all, his supernatural thrillers are based on Hindu mythology.


Creature is founded is also based on Hindu mythology.


Says Bhatt, "I borrow the concepts for my films from Hindu mythology because we are lucky enough to a have a mythology. We blindly ape American cinema which borrows from Greek and Roman mythology."


So what would be lording over the box office? The aroma of European cinema wafting from the Goan beaches? Or the hot heady smell of desi curry-mythology streaming through the 3D format?


Anand Vishal, Head Operations & Sales Fun Cinemas, thinks the audience would be divided. "In the urban areas Finding Fanny's edgy mood would have an edge provided the treatment and execution are appealing. Creature will do well in non-metro and smaller cities as the supernatural genre works better in the smaller cities where there's a better connect with the audience."