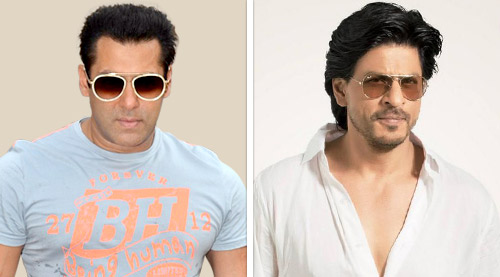 Not too long ago, we witnessed an unusual incident that became a talking point in the industry circles and was widely covered by the media. An actress with no more than half a dozen hits to her credit decided to take on a reputed entertainment conglomerate that has been a market leader in its area of specialization for decades now and attempted to block the release of a delayed film featuring her and a superstar of the 90's by taking the legal route! The grounds on which the lady appealed to the courts were rather amusing! She accused the producers of attempting to piggyback on her 'superstardom' and help their film get some traction with the audience. Some called it a publicity stunt & some thought it was one of the most distasteful things to have happened in the movie business in a while.


As if this was not obnoxious enough, the aftermath of her appeal in the court was even stranger. Rather than standing by a member of their own fraternity, many filmmakers decided to side with the actress, perhaps in an attempt to get into her good books soon after the success of her last film & get her to sign the dotted lines for one of their ventures.


While this is a one off case, I believe it points rather blatantly at the flawed ways & lack of business ethics in our industry at the macro level. We seem to forget very easily that filmmaking is a business & every film has a significant amount of money riding on it. The only thing that can allow the healthy functioning and sustained growth of our industry is the return of the money invested in making these films along with some profits back into the industry. To ensure that it happens, every entity in the value chain, right from the talent, to the filmmaker, to the distributors & the exhibitors must work in sync towards generating the desire to purchase a cinema hall ticket & watch the movie! While that remains a far cry, we have had enough cases of insiders attempting to sabotage the prospects of their own films to massage their own egos. Not only does this make a pathetic impression in the minds of the members of the fraternity, it also gives out negative signals to the audience and keeps a significant bunch of them away from the cinemas, thus impacting the business in an unfavourable manner and damaging the producer's chances of recovering his money and in turn, his ability to reinvest into the industry and keep the show going.


I may be a part of the minority that has decided to speak out about this issue rather than just watch the circus and I'd still hope to see our filmmakers can take a stand against unethical acts like these, which only contribute to the financial mess we are in courtesy a sub 10% success ratio in terms of return on investment. Thankfully, we have examples like Mr. Shah Rukh Khan (Dulha Mil Gaya & Hum Tumhare Hain Sanam) and Mr. Salman Khan (Wanted, God Tussi Great Ho & Hum Tumhare Hain Sanam) who have stood like rocks behind the makers of their films that were much delayed before they eventually released and to me, this is what makes them true blue SUPERSTARS! Delays, production hassles and financial issues happen all the time in our industry, but to me, a person who can shoulder the responsibility of making his producer earn the best possible returns on the trust and money that he invests, irrespective of these trivial problems deserves a lot of respect compared to those who see themselves as a bigger entity than their own films!