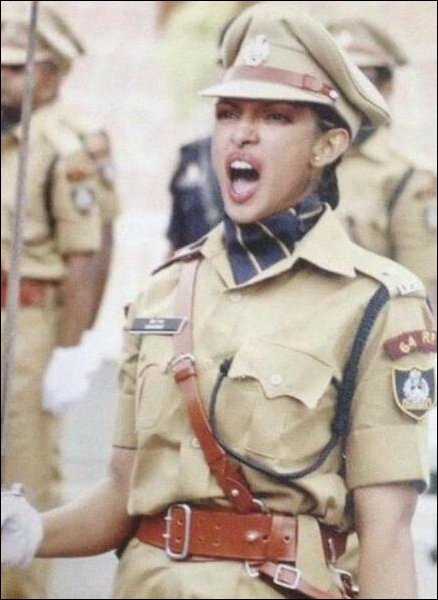 Months back in May, we revealed Priyanka Chopra's look in Prakash Jha's Gangaajal 2. This time round, we bring to you yet another look of her character in the film.


The adjoining image shows Priyanka Chopra's character 'graduating' as a police officer. And needless to say that Priyanka Chopra looks stunning in the khakee uniform. As reported earlier, the film will see Priyanka Chopra in the role of 'Abha Mathur', the Superintendent of Police who is posted to a fictitious district called Bankipur in northern India. In a short span of time, when her character realizes that Bankipur is nothing but a corruption filled city, she then decides to combat with the society alone and fight the menace of this deep rooted nexus of crime and politics in Bankipur.