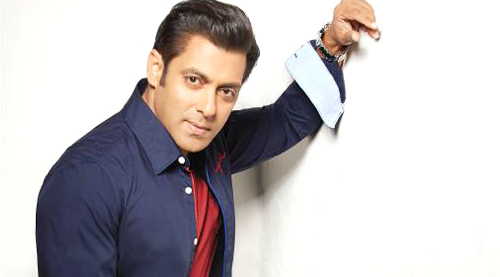 Salman Khan vibes well with co-stars of all ages. So it is no surprise to see him create a compelling chemistry with both the 32-year old Kareena Kapoor Khan and the 9-year old Harshaali Malhotra in Bajrangi Bhaijaan. Here is looking at the Salmaan's best co-stars.


1. Aishwarya Rai Bachchan in Humâ€¦Dil De Chuke Sanam: They were so meant for each other. Arguably one of the most good looking pair to have ever come together. They carried a lot of their real-life emotions on to the screen. The result was magical.


2. Karisma Kapoor in Judwaa, Dulhan Hum Le Jayenge: The pair did some really awful films together. But their vibes were palpable. You could see the duo had fun negotiating their way around the bizarre situations that David Dhawan's outlandish scripts served up for consumption.


3. Govinda in Partner: It is really sad that no one could come up with a sequel-worthy script for this David Dhawan rip off of the Will Smith starrer Hitch. Salman and Govinda were brilliantly coordinated in their comic timing. The duo shared a much more palpable camaraderie with each other than with Lara Dutta and Katrina Kaif.


4. Aamir Khan in Andaz Apna Apna: Who remembers Salman Khan's romantic interest Karisma Kapoor in Raj Santoshi's comic classic? It was Salman's antics with Aamir that carried the narrative forward. We are still waiting for the pair to be reunited.


5. Aditya Narayan in Jab Pyar kissise Hota Hai: Playing baap and beta Salman Khan and Aditya whipped up a frenzy of activities. Errrr, just for the record Twinkle Khanna was Salman's romantic lead in the film. And they couldn't get along at all.

6. Shah Rukh Khan in Karan Arjun: They were so compatible as brothers that no one remembers which of the two actors played the two parts. Even mom Raakhee Gulzar is confused since 'Karan' and 'Arjun' constituted one complete inseparable entity. Never mind, Kajol and Mamta Kulkrani for the sake of romancing. Salman and Shah Rukh came together for only one other film K C Bokadia's Hum Tumhare Hain Sanam where Shah Rukh played a jealous husband who hated his wife Madhuri Dixit's best friend Salman Khan.


7. Madhuri Dixit in Hum Aapke Hain Koun: Not Katrina, not Jacqueline Fernandez. It is Madhuri with whom Salman looked most romantically edified. Wish we could have seen them together more often.


8. Akshay Kumar in Mujhse Shaadi Karoge: They fought over Priyanka Chopra. But its Salman's scrambled bonding with Akshay that made the film amusing. Interestingly director David Dhawan indulged in some serious role reversal here. He cast Akshay as the drinking swearing rogue and Salman as the honest-to-goodness god-fearing simpleton.


9. Sohail Khan in Maine Pyar Kyun Kiya: Though Salman had two hotties, Sushmita Sen and Katrina Kaif to romance in this film, it's his Tom & Jerry equation with his real-life brother Sohail that kicked up a riot of laughter in David Dhawan's film.


10. Harshaali Malhotra in Bajrangi Bhaijaan: Sure, Salman Khan looks smashing with Kareena Kapoor. But it's the 6-year old Harshaali Malhotra who is the queen of Salman's heart. Watch out for Harshaali to grow up into a beautiful leading lady. She will be Salman's co-star once again.