Bollywood actress Anushka Sharma is the biggest power brand of Bollywood. From acting to producing, the actress has been doing it all with such an ease. Anushka Sharma has always pushed the envelope with her characters and this time she is wowing us again! 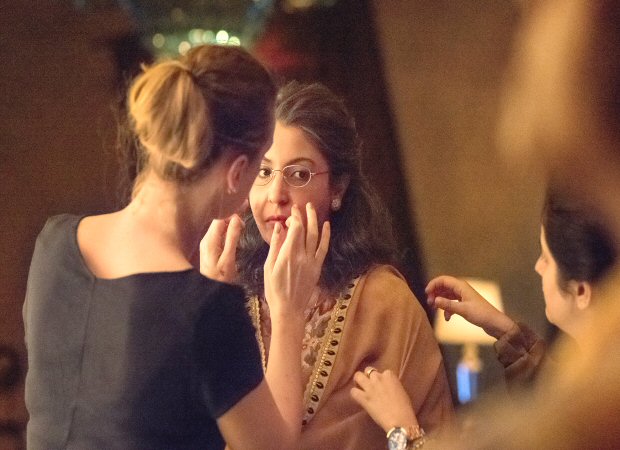 In a picture that is circulating within fan clubs, Anushka Sharma looks absolutely unrecognizable. She is seen to be getting ready to play a character of a really old woman. It is not clear whether it is for a film or an advertisement which makes things even more interesting. By the look of it, looks like the make-up artist is working on Anushka as she gets ready for a shot on the sets of this shoot. She is dressed in a brown salwar suit with earrings and spectacles and silver streaks in her hair. We are sure we will get to know what Anushka is up to as more details are bound to emerge from this shoot.

Meanwhile, on the work front, Anushka Sharma is keeping busy with her work schedule. The actress already had one release earlier this year with her own production Pari. As of now, she is shooting YRF‘s next production Sui Dhaaga– Made in India. The film stars Varun Dhawan in the lead. This is their first film together. Directed by Sharat Katariya, the film is readied for release on September 28, 2019.