Katrina Kaif recently appeared on a talk show where she candidly spoke about her personal relationships, which is rare for the leggy beauty. She revealed in detail about her relationship with her director best friend Ali Abbas Zafar and said that if there is one person that understands her in the industry, that is Ali. Ali also said that he thinks there are a lot of similarities between him and Katrina, their families and the way they were brought up. He also said that he has a very transparent relationship with Katrina both on personal and professional level. There also was a segment where another of Katrina’s best friend had a fun challenge for her. Aamir Khan featured on the show and said that if his Thugs Of Hindostan co-star loses to him in a game of chess, she has to come with him to Galaxy Apartments and sing Dil Cheez Kya Hai Aap Meri Jaan Lijiye…now this is a big REVEAL and complete tell-all from Aamir’s side. Isn’t it? Now, we know who stays in Galaxy Apartments and who Aamir is referring to! 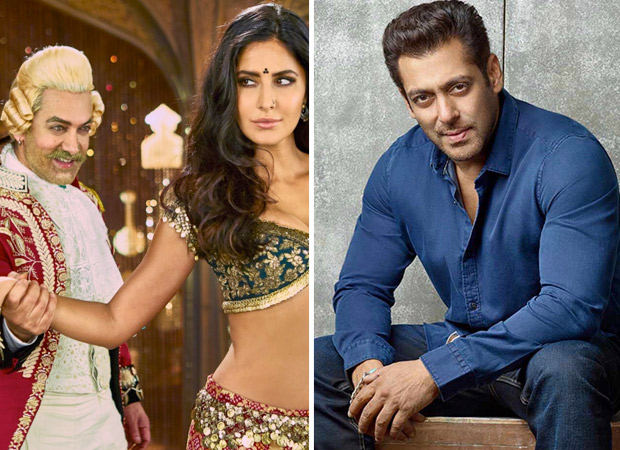 Katrina and Salman Khan go a long way back and were once dating. Now, they still are closest friends and have also collaborated on many movies including their current one: Bharat. So, it is not surprising that their mutual fans want them to get together off screen as well. Aamir too was indirectly teasing Katrina with the same thing, we are guessing!

On a professional front, Katrina walked out voluntarily from Varun Dhawan’s dance drama because her dates were clashing with Bharat and she preferred concentrating on the project at hand.