Salman Khan and Katrina Kaif’s Bharat is making a lot of news even before its release because firstly it is an ambitious project based on the lines of Korean movie: Ode To My Father and it will once again bring together Salman – Katrina on the big screen! It also has a bevy of actors like Sunil Grover and Disha Patani among others. Katrina has been sharing a lot of pics of herself and the team from the sets. First of all, she has been sporting a super new avatar considering that the film is based on the pre and post partition period. Katrina’s hair is different and she has been wearing sarees and a bindi which is really interesting. We will get to see Salman and Katrina in totally new avatars and we can’t wait to see how the story will be fleshed out! Salman will be flaunting five different looks because the movie has a timeline of around 60 years. 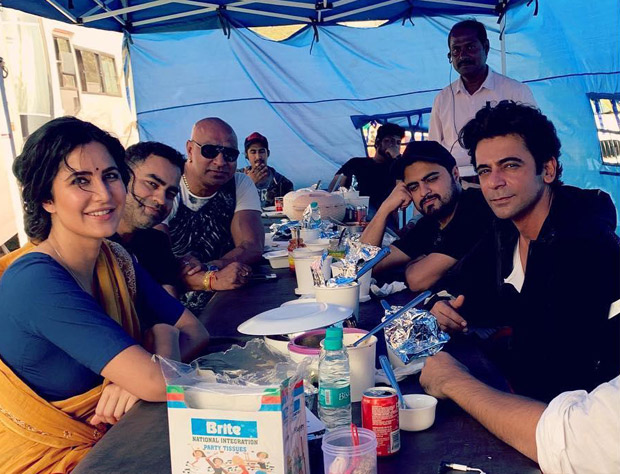 Katrina Kaif was in the news recently because she opted out of the major dance film with Varun Dhawan because her dates were clashing with Bharat. Since she did not want any of the projects to suffer, she took this step. After Katrina, Shraddha Kapoor stepped into her shoes. Since, the masses have already loved the Varun – Shraddha Jodi in ABCD 2, it just makes it easy now to cast them together for this film too.

Katrina, on the other hand, replaced Priyanka Chopra who was originally set to play the female lead opposite Salman Khan. Bharat will release on Eid this year and is an important film for Salman as his last outing Race 3 did not do that well at the box office.