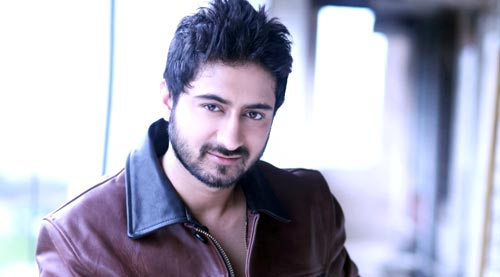 Almost half a decade back, Pradhuman Singh shone in a big way when he played the part of Noora (an Osama Bin Laden lookalike) in Tere Bin Laden (2010). The film, with Ali Zafar in lead, was a surprise success of the year and Pradhuman even fetched a few awards for his debut act. Surprisingly though, he went missing from screen as well as public life and there wasn't much known about him. Circa 2015 and he is returning with Dilliwalli Zaalim Girlfriend which features him as a quintessential Delhi guy along with Divyendu Sharma. We get into a conversation.

Actually after Tere Bin Laden, I did a small budget film called Life Ki Toh Lag Gayi (2012) which didn't fare well at the box office. Then I met with a small accident due to which I lost movement in one of my hands for about a year. After that I came back to Mumbai and picked up Dilliwalli Zaalim Girlfriend. In fact this is the first film that I got after I got my hand movement back. Still, while my hand was broken, I started to write some films. I co-wrote a couple of them with my Tere Bin Laden director Abhishek Sharma, one of which is the sequel to that film. Another one is into pre-production. Then I also shot for Tere Bin Laden 2.

So you have been busy after all.

Yes, it is more like writing and acting. I didn't get too much work though (laughs). I don't know what's the reason of that. I used to wonders a lot and was in fact taken aback that why people were not approaching me. I started thinking that maybe I am not as good an actor as I think I am. Well, I may fare average in comparison to others but when I see mediocre cinema being made, I feel that I can do a better job. In fact it surprised not just me but a lot of people, some producers and veteran actors that I was not getting good work. (Pauses) Everyone knows me; they know my name, but still...

What do you think could be the reason?

Perhaps that character which I played in Tere Bin Laden was larger than life and hence it overshadowed the actor in me; not that I am complaining though. Perhaps I have been a little complacent. It is surprising for everyone, be it family and friends. Anyways, so out of the limited choices that I had, Dilliwalli Zaalim Girlfriend is the only one that seemed like I could have done justice too. Most interestingly, Manu Rishi Chaddha has written this film and I am a big fan of his since he has written films like Oye Lucky! Lucky Oye! and Ye Saali Zindagi. He understands Delhi very well.

So how much of 'Dilli' do we get to see in the film by means of treatment?

It is a sweet film which would make an impact. My character is that of a typical Delhi guy. Manu had told me that he didn't want me to play it the way everyone has done before. He wanted me to play it to the gallery. It has something for me to do that I have not done before. Actually, many think that I am a Punjabi but that is not the case. I have just grown up in Delhi and there are so many Punjabis out there that you tend to become one. So in the film, you would see my interpretation of being a Punjabi. The film has a lot of quirk and fun. My character is very integral to the film and is responsible for a lot of humor.

How does your chemistry with Divyendu work on screen?

You know what; I was actually signed for the film before Divyendu (smiles). I remember (director) Japinder (Kaur) calling me and just saying that she had approached Divyendu. Now I am a big fan of his work in films like Pyaar Ka Punchnama and Chashme Baddoor. Apparently he likes my work too. So the first day when we met, I was sure that we would have a good time. We went to a bar, had a few beers and realized that we had a few things in common. That translates well on screen too. I think one of the things people would take from the film is our cute relationship. It brings in quite some comic elements.

So many times though, the comedy is just restricted to the promos.

I can tell you that the film is as whacky as the trailer is. As a matter of fact it has got another layer on the top of it. I can say that because it was all there on the paper too and now we have shot it that way as well. When you watch the film, you would see that this is a good flashy package with songs and dance, but inside there is somewhere this whole concept which is reminiscence of the likes of Khosla Ka Ghosla and Oye Lucky! Lucky Oye! .

"I wanted to do horror thriller genre and…