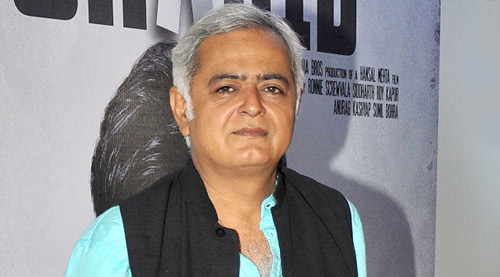 Hansal Mehta is livid over the unofficial ban of Aligarh in the city that it is named after. Though there was no formal announcement barring the film from being released in Aligarh the city's mayor Ms Shakuntala Bharti has been quoted as saying that the film links the city of Aligarh with homosexuality and that according to the Mayor is nothing short of defamation. Subhash K Jha caught up with Hansal Mehta for a chat.

What was your reaction when you first heard of the ban on your film in Aligarh?

It was most unexpected. It just proves that what the film is saying: that Aligarh is a homophobic city. Also if as reported, the ruling regime has anything to do with this unofficial ban then it also shows them in very poor light.

Were these the apprehensions that persuaded you to shoot Aligarh in Bareilly?

You changed the location overnight?

Yes. Jai still wanted us to go to Aligarh. In fact the entire unit insisted. But I reminded him we were not making the film to win bravery awards. We were doing it because we wanted the world to know the story of this beautiful man named Prof Sreenivas Siras. We certainly didn't expect to fight unending battles with homophobic people.

Do you intend to fight this unconstitutional ban in Aligarh?

That isn't only battle I've to fight. Some writ petitions have been filed against me in the Lucknow court. They have also taken the censor board to court. Apparently the rickshaw wallah who was allegedly found making love with Prof Siras and the reporter who entered Prof Siras house and found him making love have filed a criminal case against me. But I am yet to be served any notice regarding this matter.

What is the rickshaw wallah grouse?

That I am defaming him by showing him in a poor light in my film. That he is not a homosexual, and that he has five children and that apparently Professor forced him to have sex.

But this changes the entire thesis of your film?

It changes nothing. It just shows how desperate some elements are to stop the film. This is our country. This is Tolerant India.

25 Years ago Deepa Mehta's Fire on lesbianism went through the same ordeal?

I am aware of that. The same elements who tried to stop Fire are still very active. Now when the fire is raging in Aligarh the elements that tried to stop Deepa's film are in power now. I wonder what they have against us Mehtas.

I want Deepa Mehta to see Aligarh. I'd be happy to send her a screener.