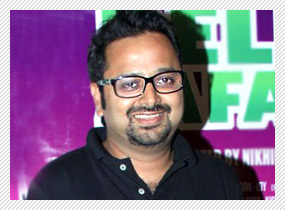 
But Advani is unfazed. "I didn't make the film to compete with Karan Johar's cinema. For God's sake, even the thought is ridiculous! In fact I plan to see Karan's film sometime this weekend. The budget for his publicity and advertising is more than the budget of our entire film. We released Delhi Safari on the same Friday as Student Of The Year because we saw it as a comfortable window. Everyone would want to see Karan's film. Then some might come for our film too. It's as simple as that."


The film about ecological preservation has been made with the express purpose of putting ideas on the arbitrary devastation of Nature on screen. "My frequent trips to Boston (where my wife is on a study leave) have given me a glimpse of the larger picture. We in Bollywood lead such a secluded self-contained existence."


Delhi Safari has just been granted exemption from entertainment tax in the state of Maharashtra. "We are hoping to get tax exemption from other states as well very shortly. The message of Delhi Safari must be heard. We can't allow it to die down. We've given it a very limited release. We hope to build on those basic numbers in the coming weeks."


Nikhil says Delhi Safari is an offshoot of the director's newly-awakened social conscience. "I am told animation films don't work. It doesn't matter what the format of storytelling is. What matters is the subject. Dammit, we live in a society where there are multiple rapes in Haryana and a minister says the solution is early marriage for the young. We as filmmakers have to grow more responsible towards society. We can't allow cinema to be a mere tool of entertainment."


Advani's newly-developed heightened socio-political awareness would be reflected in his next film D Day which is about a group of RAW agents bringing a dreaded international terrorist back to India from Pakistan for trial.