Today, the makers of Liger announced that they have roped in the legendary boxer Mike Tyson to be a part of the cast of the film. Reportedly, he will be seen in a cameo appearance in the pre-climax which will change the course of the story. While making the announcement, lead actor Vijay Deverakonda in his tweet claimed that this will mark Tyson's first appearance on an Indian screen. Well, this is not completely true. 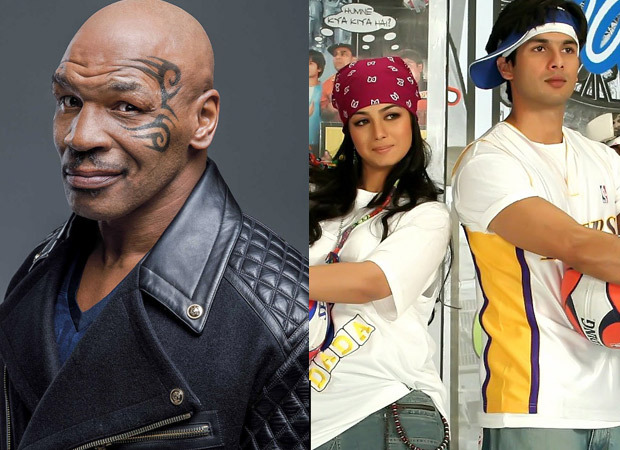 Way before Liger, boxer Mike Tyson had made an appearance in the promotional song of Shahid Kapoor starrer Fool N Final in 2007

While making the announcement of Mike Tyson joining the team of Liger, Vijay wrote, "We promised you Madness! We are just getting started :) For the first time on Indian Screens. Joining our mass spectacle - #LIGER The Baddest Man on the Planet The God of Boxing The Legend, the Beast, the Greatest of all Time! IRON MIKE TYSON"

We promised you Madness!
We are just getting started :)

For the first time on Indian Screens. Joining our mass spectacle - #LIGER

The Baddest Man on the Planet
The God of Boxing
The Legend, the Beast, the Greatest of all Time!

Way back in 2007, Mike Tyson had appeared in a promotional song for the film Fool N Final which starred Shahid Kapoor, Ayesha Takia, Paresh Rawal, Sunny Deol, Vivek Oberoi, among others. Tyson played himself in the music video and it was shot in Los Angeles. The film was directed by Ahmed Khan and produced by Firoz Nadiadwala. It was Firoz Nadiadwala who had approached Mike Tyson with the script. According to an interview given by Tyson in 2007, he had called the script “interesting with lots of excitement thrown in”.

Tyson was also scheduled to come to India to shoot for his dance sequence. However, due to security reasons he could not come to India and had to shoot in LA.

The promotional music video composed by Himesh Reshammiya was played in the theaters along with the end credits. While we saw him in a music video in Bollywood, it will be interesting to see him play a proper role in Liger alongside Vijay Deverakonda.

Directed by Puri Jagannadh, Liger will be hitting the screens next year.