Salman Khan is a family man. When he is not working, he likes to spend time with his Khandaan. Salman has been sharing a lot of family moments on his social media, lately. After Bharat's success, the actor has been spending quality time with his family before he will head to work again. The actor has now shared a lovely video of his father Salim Khan joining him during a singing session. 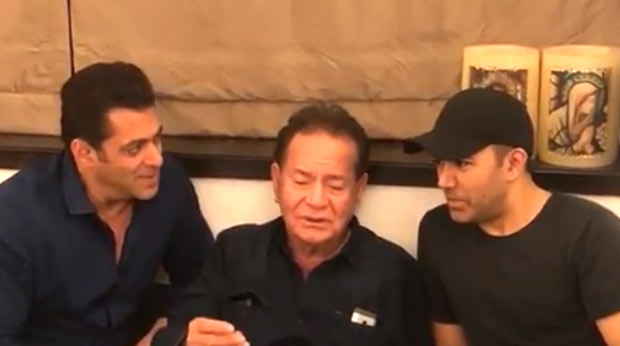 The video shows Salim Khan crooning 'Suhaani Raat Dhal Chuki' with Salman Khan. Singer Kamaal Khan is also seen in the video. Salman captioned it, “The Sultan, Tiger, Bharat of our family . . Singing.” The song, originally sung by Mohammad Rafi, was featured in the 1949 film Dulari.

Meanwhile, Salman Khan will soon resume shooting of Dabangg 3 which is being helmed by Prabhu Deva. It is slated for Christmas 2019 release. The film stars Sonakshi Sinha and Arbaaz Khan.