While Kareena Kapoor Khan has been giving us gym goals since forever, her sister Karisma Kapoor too is equally a stunner! The actress, who is a mother of two children, has been giving her perfect beauty goals for years now and her latest birthday post is just one more proof of it. On one hand, she plans to make a return to the entertainment industry, on the other, she has been spending quality time with her family in Europe. And on the occasion of her birthday, Karisma shows us how to have some summer fun! 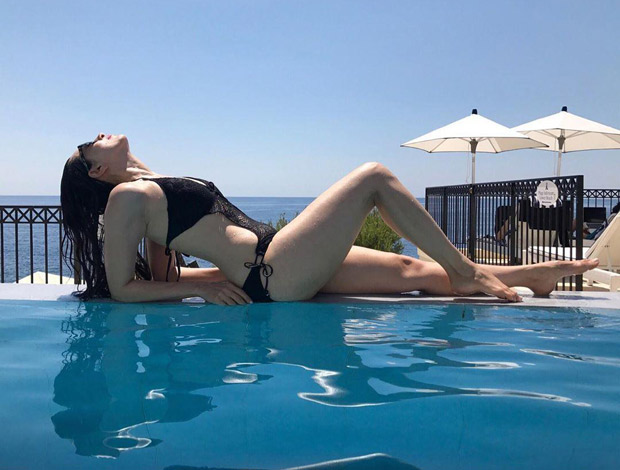 Karisma Kapoor recently shared a special post on the occasion of her birthday, of her enjoying some pool time in a black lacy swimwear. While we can’t get our eyes off her slim and svelte frame, the actress definitely has been setting the social media on fire.

The actress has taken off for a Europe trip and was seen spending time with her family including sister Kareena Kapoor Khan. She has been in the Queen’s city for quite some time now and not only has been catching up on the ICC Cricket World Cup but has also been partying with Kareena and brother-in-law Saif Ali Khan last weekend.

On the work front, Karisma Kapoor will next be seen in the Ekta Kapoor's web-series Mentalhood that will stream on ALT Balaji. The actress is expected to play the role of a small town mother trying to balance out work and personal life.