Varun Dhawan is certainly riding high on the success of his last release October. However, the actor hasn’t taken a break, instead Varun has dived head first into training for his next film Kalank. In fact, we hear that Varun is undergoing a vigorous workout regime to get into shape for his role in the film. 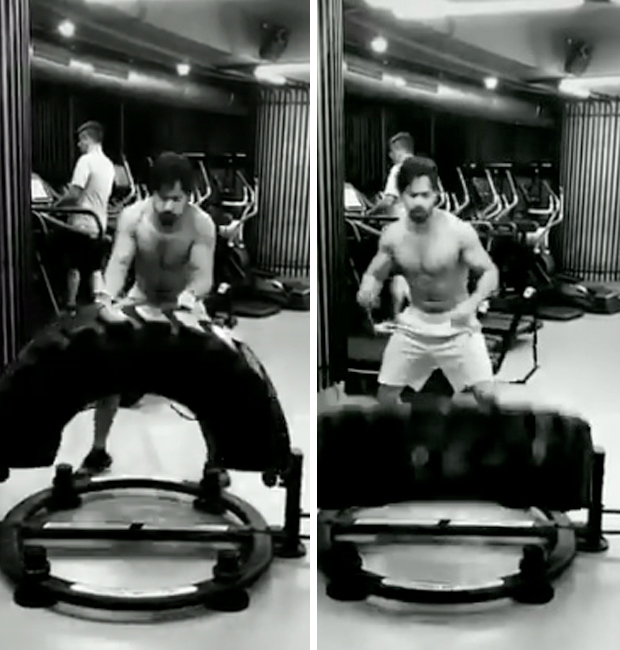 Confirming the same with a video of Varun Dhawan sweating it out, the official Twitter handle of Nadiadwala Grandsons posted adding, “Here’s a sneak-peek of @varun_dvn gearing up for #Kalank!” If that wasn’t all, we also hear that to assist Varun with his workout regimen, the makers of the film have developed a fully equipped gym on sets of Kalank as well.

While we can’t wait to see Varun’s role in the film, Kalank is being directed by Abhishek Verman. Also starring Alia Bhatt, Madhuri Dixit, Sanjay Dutt Kiara Advani and Aditya Roy Kapur Kalank is being readied for release in April next year.