British - Pakistani actor Riz Ahmed has become one of the breakout stars in Hollywood ever since his HBO series The Night Of. While he began his career as a rapper, he eventually ventured into acting. Now, he is promoting his upcoming film Venom, which stars English actor Tom Hardy. Meanwhile, Riz is also promoting his upcoming solo rap song 'Mogambo'. The title is inspired by none other than later actor Amrish Puri's iconic villain Mogambo from Mr India. He even made Tom Hardy and Jimmy Kimmel recreate the iconic dialogue too. 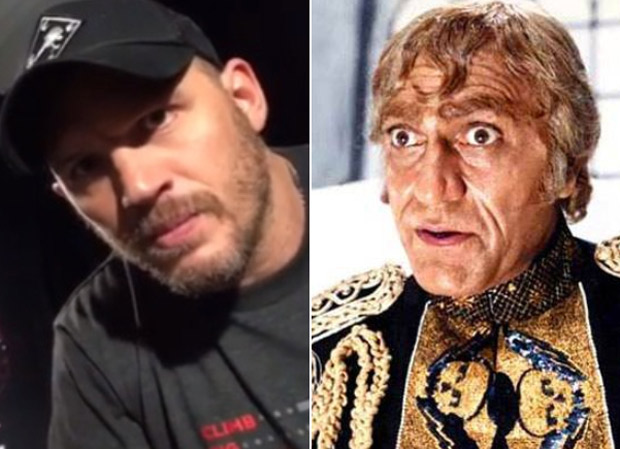 While promotions are on in the full swing of Venom, Riz Ahmed made Tom Hardy recreate Bollywood’s iconic dialogue from 'Mogambo Khush Hua'. And needless to say, the actor nailed the dialogue with such an ease. He simply captioned the video, “Tom Hardy rises to the #mogambo challenge ???????? - think you can do better?”

Tom Hardy rises to the #mogambo challenge ???????? - think you can do better? Show me what you got, tag ur post #mogambo before the single #mogambo drops 3rd October

Not only Tom Hardy, even comedian and TV host Jimmy Kimmel joined the bandwagon. Earlier last week, Riz Ahmed was invited to Jimmy Kimmel Live, where he talked about his upcoming film Venom, working with Tom Hardy and solo rap song 'Mogambo'. The actor went onto explain how he came up with the name from Mr India. Kimmel said he had heard the name before. Explaining the famous catchphrase, “Mogambo khush hua“, Riz made Jimmy try the dialogue as well.

The moment when @jimmykimmel said “mogambo khush hua”. ???? Post a vid of your best #mogambo impression, show me what u got. New track #mogambo drops 3rd October . . Shout out @pierrehardy @itohnewdelhi @martingrantofficial on the fresh look styled by @julieragolia

One of Marvel's most enigmatic, complex and badass characters comes to the big screen, starring Tom Hardy as Venom, on October 5, 2018.