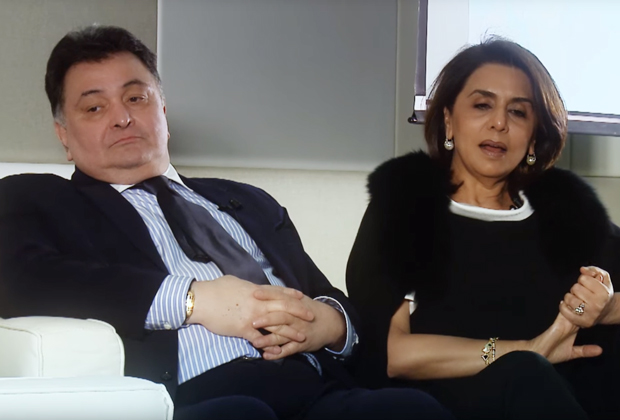 Rishi Kapoor and Neetu Kapoor have been married for 36 years now and are very outspoken. Rishi Kapoor is always bold with his words when it comes to talking about an issue or taking a jibe at someone.

Recently, Rishi Kapoor and Neetu Kapoor were in Melbourne to attend a film festival and for a mini vacation. During their Melbourne stay, they were invited by veteran actress Simi Garewal to attend a panel to talk about their films, their life after marriage, their kids and basically the entire Kapoor clan. When asked about his favourite actors from this generation, Rishi Kapoor mentioned his son Ranbir Kapoor but also talked about his choices in the films. He said,"My son is a very good actor. Sometimes I don’t agree with his choice of films, but he’s corrected me. If I was looking for his career, which I don’t because I’m his father, not his secretary, I would have never allowed him to do a film like Wake Up Sid or Rocket Singh or Barfi! People used to say that your son is going the Amol Palekar way. But, I'm glad that he proved me wrong."

Neetu Kapoor also opened up about Rishi Kapoor's relationship with Ranbir and how they don't usually talk to each other unless Neetu starts a conversation. She revealed much more about their relationship. Rishi also informed about his biography and how the book will showcase several important moments from his life.