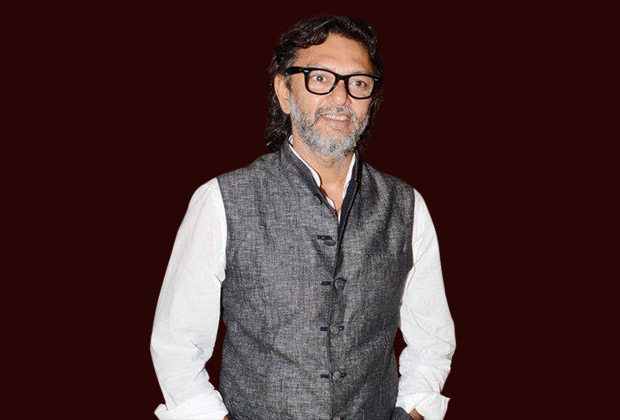 How it all started: “I had seen a stage version of the legend of Mirza Sahibaan when I was in college. Like all legendary love sagas this one too ended as tragedy. But the one question that haunted me was, why at the end of the tale did Sahibaan break all the arrows of Mirza? If she hadn’t broken them perhaps he wouldn’t have died. The question stayed with me over the years. When I was making Bhaag Milkha Bhaag I was also working on Mirzya.

“Mirzya is my most passionate film to date” – Rakeysh Mehra

How I met Gulzar Bhai: “I sent him a text message of one word. ‘Chai?’ he replied I could come anytime. So I walked to his place and asked him the question that had haunted me all these years. Why did Sahibaan break all the arrows? Gulzar Bhai thought over that one and said, 'Bachchoo—he calls me that-- We’ll have to ask Sahibaan that. Let’s ask her.’ This is how Mirzya was born.”

My office my creative playground: “For two years my office became the hub of our team’s inputs. I still remember the first time Gulzar Bhai walked in. He had brought a Ganpati statuette for good luck. It occupies a pride of place in my office.”

Format was unique: “We decided to make it as a musical in the truest sense, not exactly the way Bollywood musicals are perceived in the West, though of course I’ve the highest regard for the song-and-dance format in the cinema of Manmohan Desai and others. However we conceived Mirzya as a completely unique musical. Our inspiration was the French documentary Latcho Drom directed by Tony Gatlif. In that documentary we saw the sense of continuity in the music played in different parts of the world. In Latcho Drom even as cultures costumes and musical instruments changed the sense of continuity was held steady all across the journey. This is the mood we’ve tried to create in our film.”

Two Lives, Two Love Stories One Film: “We’ve created two different love stories, totally unrelated, in one film. In one of them we have no dialogues. I feel love is best expressed when not expressed at all. In both, Harshvardhan Kapoor and Saiyami Kher play the lovers. But the two love stories are not related in any way, no reincarnation, no genealogical links….They are completely separate. To me the theme of continuity without the prop of blood ties has always been vital.”

Always newcomers: “Once Gulzar Bhai and I decided to do Mirzya we were sure it would be newcomers in the two roles. For the male lead Harshvardhan was more or less decided. I knew him from the time he would hang around my sets with his sister Sonam on the sets of my Delhi 6. I knew he was right for the role. For the role of Sahibaan we zeroed in on two faces Saiyami Kher and another girl. Both the girls were told either could be the final choice. There was absolutely no rivalry between them as they prepped for one part. Then there’s Anuj Choudhary playing the third protagonist. We got the cast that the story needed.”

Delhi chalo: “We took Harshvardhan and Saiyami out of Mumbai to Delhi to prepare for their parts. We felt the only way they could blossom into the Mirya and Sahibaan was if they were taken out of their environment. Incidentally this is the only love legend from India where the love birds have a physical relationship. Harsh and Saiyami surrendered completely to their roles to the point that they would be on the sets constantly even when they were not required.”

Bachpan ke din: "The portions where the childhood phase in Mirzya and Sahibaan’s life was played out had Saiyami commenting enviously on the quality of the child actors’ performances. ‘You should continue shooting with them only. You don’t need us,’ Saiyami said. We were constantly improvising on the sets. I’d warn Harshvardhan and Saiyami the minute they would get out of character; they would immediately stop and start again."

All together: “Gulzar Bhai and I are practically neighbours in Bandra (Mumbai). If I step out of my home, he lives just a stone’s throw away. And Shankar-Ehsaan-Loy have done all the music recordings in a studio close to where Gulzar Bhai and I stay. We recorded 300 hours of music for this film. We were constantly interacting, exchanging ideas, mulling. Even the film’s Polish cinematographer Pawel Dyllus joined us in Mumbai months before the shooting just to get familiar with the team.”

Another film on the table: “Now that the film is complete I can tell you Mirzya is 2 hours and 8 mins long. My wife P S Bharathi who edits all my films has turned it into a completely different entity from what I had shot. We had shot 800 hours of film. To cut down to 2 hours was not an easy task.”

And now the real test: “We’re done. The baby has been delivered. We now take the film to the prestigious London Film Festival on 6th October, a day before its release in India. Harsh and Saiyami will accompany me to the Festival. I am as excited as they are. It is not only their debut it is also mine. Every film that I make is a new beginning, a new adventure and a new challenge for me.”